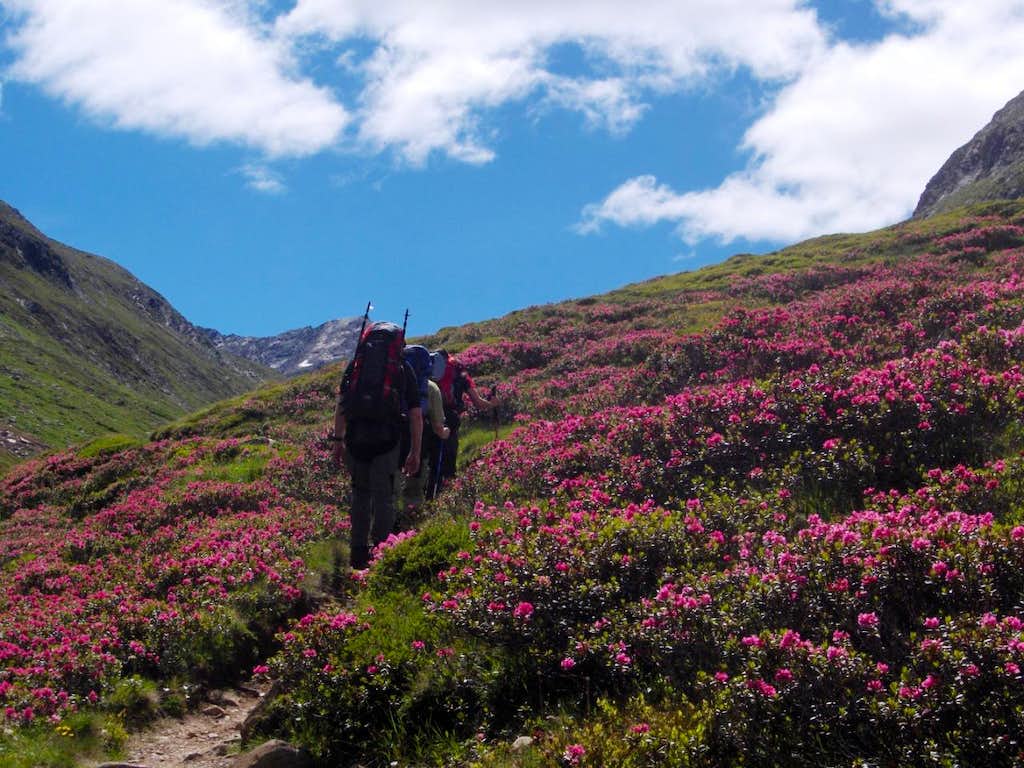 The Königstal is a valley perpendicular to the Gurglertal, near the little hamlet of Poschach. At its upper, south eastern, end, it reaches the border with Italy at the Königsjoch. The saddle can have snow and a dangerous cornice well into summer. On the other side of the saddle, the trail descends into the Seemertal, quite steeply at first. The coordinates given are at the low end of the valley. Higher up there were no such flowers anymore. 5 July 2008.
« PREV NEXT »