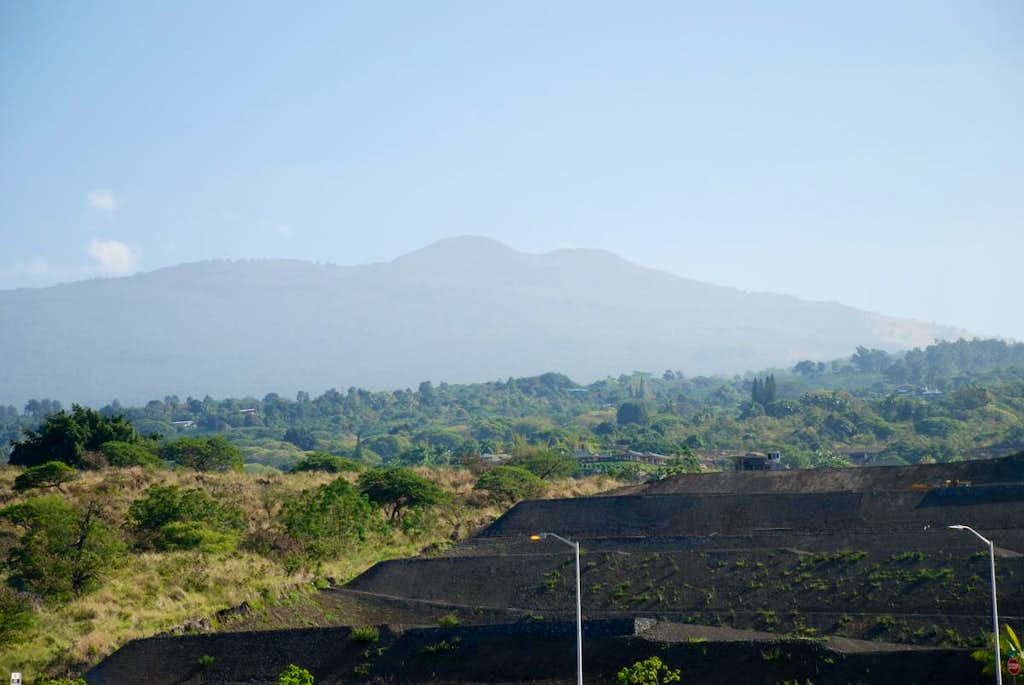 A closer view of the summit area of Hualalai from the SW on March 3, 2007. Pu'uhonua'ula is at center and Puu Lalakaukole is right of it. Both are named on the map near the summit but the latter is actually the highpoint though it doesn't appear so in this picture.
« PREV NEXT »