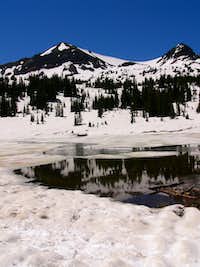 Hyalite Peak is the highest peak overlooking Hyalite Basin, which might be the prettiest spot in the Gallatins. Although Hyalite is not the range's highest, its position in such a beautiful location makes it seem to deserve being the highest. Anyway, unless a geologic miracle suddenly occurs, it isn't, but it's still a great summit, and the hike up there is a delight. There is a Class 1 trail all the way to the top, and only a steep snowbank present for most of the summer on the mountain's west ridge calls for any special care beyond what one normally should take in the mountains (this assumes normal conditions-- be aware that in early summer or later in heavy snow years, snow may cover all of Hyalite Basin and render the trail indistinguishable). Hyalite Basin is a popular area, so go early or late if you seek solitude, or backpack in and enjoy the quiet of sunset, the night, and sunrise. Solitude seekers will also want to avoid this trail on weekends; its proximity to Bozeman makes it popular with locals and tourists alike.

At the summit, there are alpine wildflowers, good perspectives of nearby Gallatin ridges and peaks, and a nice view across Paradise Valley to the Montana Absaroka Range. Views also extend west to the Spanish Peaks in the Madison Range. 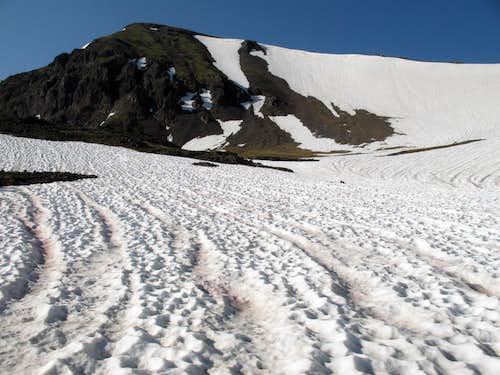 The Hyalite Creek Trail starts at about 6900’ and climbs for 5 moderate miles, passing several waterfalls, to a signed junction at about 8900’ in Hyalite Basin. Pretty little Hyalite Lake, a nice spot to camp, is a short walk to the east. At the junction, you can go left to follow a trail up Hyalite Peak or go right to reach Squaw Creek Divide.

Go left and ascend for about 2 miles to a 10,000’ saddle just northwest of Hyalite Peak. It is likely that there will be snowbanks to cross during the last 300-500 vertical feet, and it is also possible that all of Hyalite Basin will be filled with snow and the trail will be indistinguishable. From the saddle, it is less than half a mile and about 300 vertical feet to Hyalite’s summit. 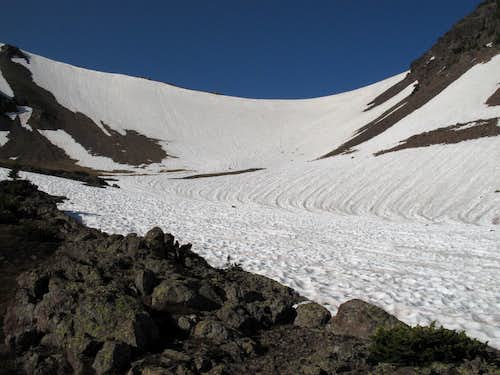 The north-facing basins here collect plenty of snow and keep it well into the summer. I have seen the trails mostly clear in Mid-July, and I have also seen them buried and thus indistinguishable. Having an ice axe and a good map (and the ability to use both) are strongly recommended. 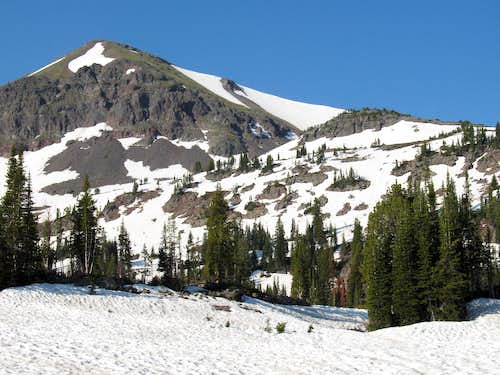 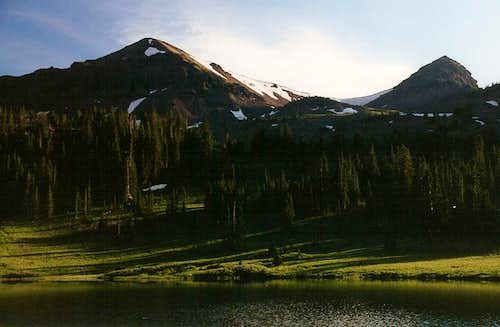 Be aware that the trail is very popular and is a mixed-use one. It is open to hikers and horses every day of the week, but, from July 16 through September 4, it is open to mountain bikes and motorbikes Sunday through Thursday. Be alert, and do not assume that everyone heeds the restrictions; most do, but not all. From September 5 through July 15, the trail is open to hikers, horses, mountain bikers, and skiers every day. 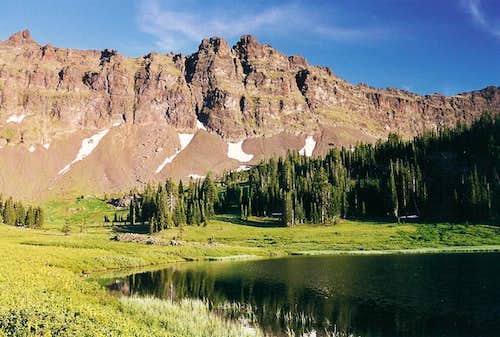 There are several developed campgrounds in Hyalite Canyon, and the closest to the trailhead is Chisholm (2 miles away); sites for it and some of the other area campgrounds can be reserved at recreation.gov. There are also two rustic cabins nearby, Window Rock (closer-- just a mile away) and Maxey, that can be rented through recreation.gov. Dispersed camping is widely available. No permit is required for backcountry camping. 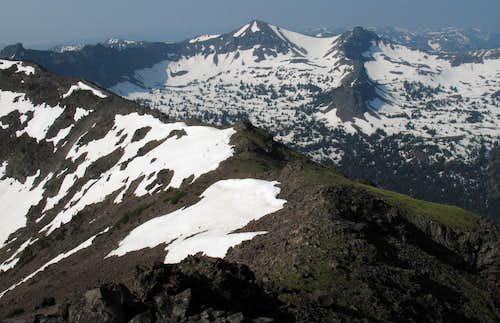