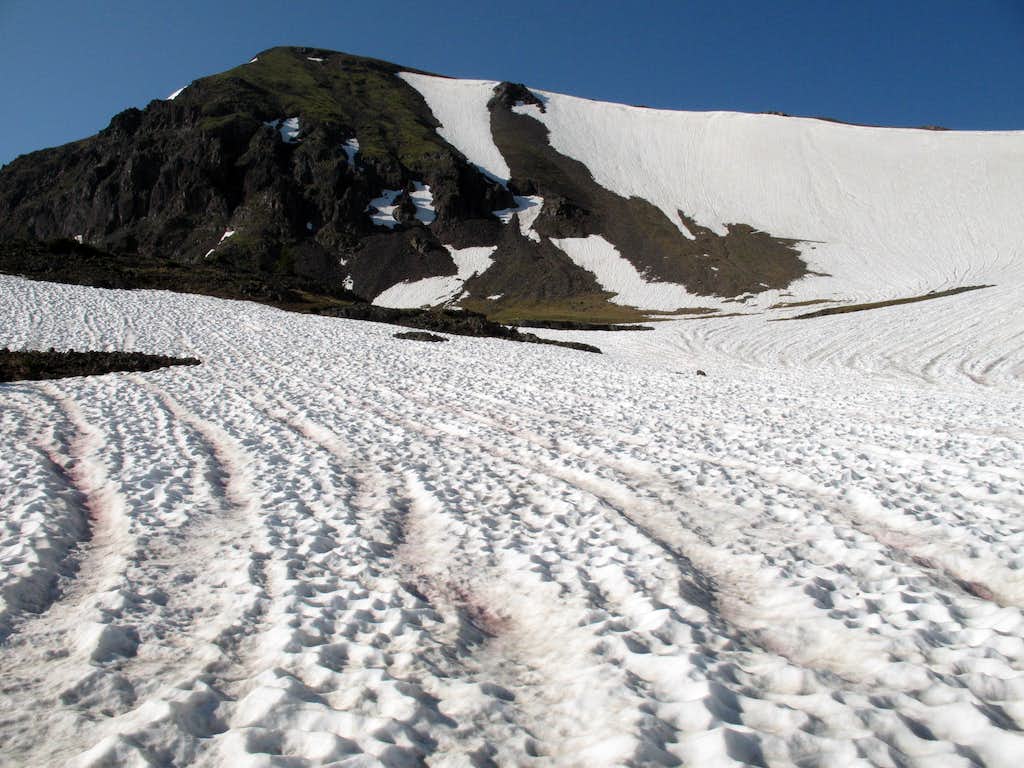 Seen from upper Hyalite Basin. A Class 1 trail exists under those snow slopes and makes for a nice hike to the peak when things are melted out. Even in late summer, though, it is likely that there will still be some snow to cross, and it is always a good idea to have, if not an ice axe (better), at least trekking poles for a trip to Hyalite Peak. I ended up climbing directly to the saddle shown (right) instead of trying to find and follow the course of the trail. Although the snow was mostly soft, it was steep in places, and the ice axe was very useful. Gallatin Range, Montana-- July 2008
« PREV NEXT »