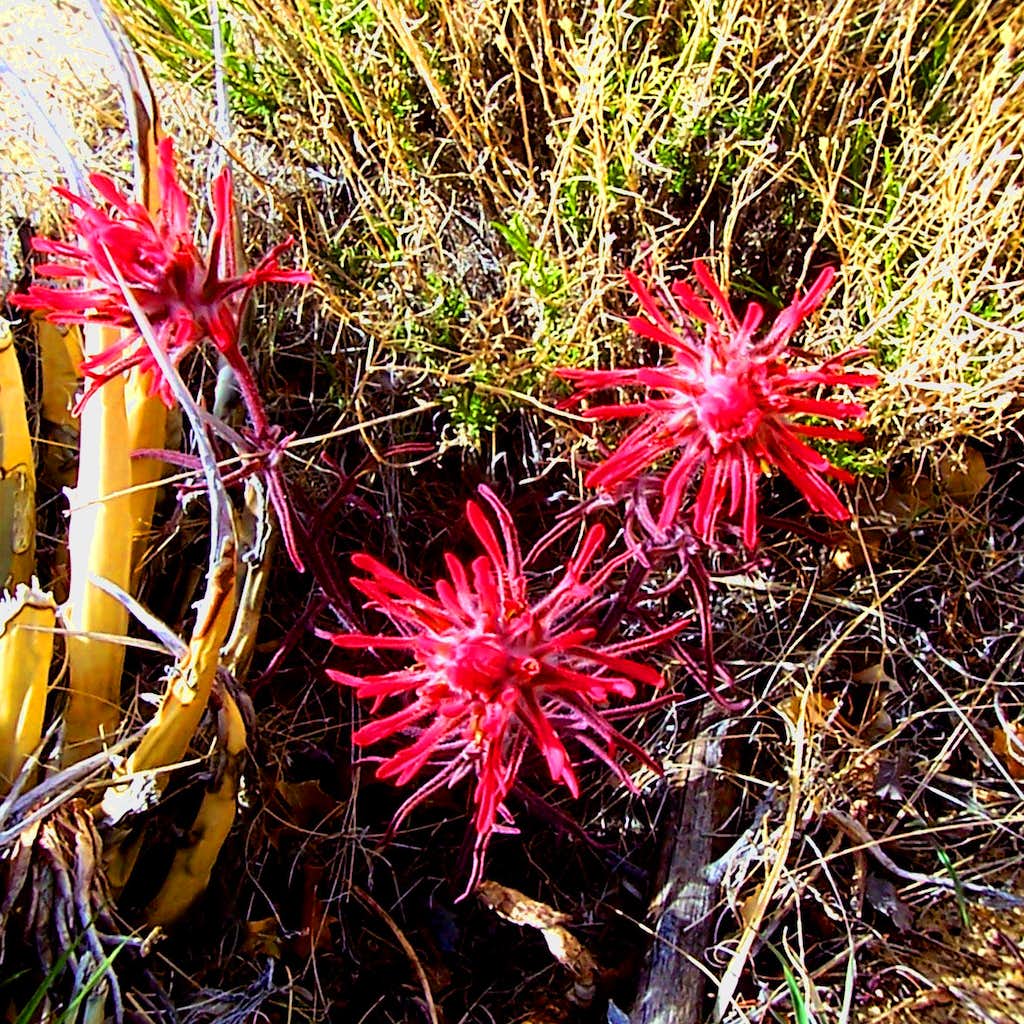 You said you wanted flowers? I found this fragile beauty when I was poking around in the Calico Hills of Red Rock Canyon NCA in southern Nevada. I'm going to assume it's one of the many species of Indian Paintbrush that grow in the Mojave Desert. It was small and bright, growing at approximately 5,000' on a south-facing slope at the base of a sandstone outcrop. It was growing next to an agave that evidently had been chewed upon by animals. There was water present in the area. (March 16, 2008) The leaves were small and hard to make out, but the ones I saw were green and had a "wavy" appearance.
« PREV NEXT »

We cannot figure it out. Our experience and print resources are almost all from more northern reaches. I kept procrastinating on the reply hoping to come up with something better than that.

Thanks, Don! I wish I could spend more time in
the northern reaches, but the desert always
holds its own brand of beauty. Have a great
one!!

In my opinion this is Desert Paintbrush (Castilleja chromosa).
Cheers!

Thanks for your response, Anya!