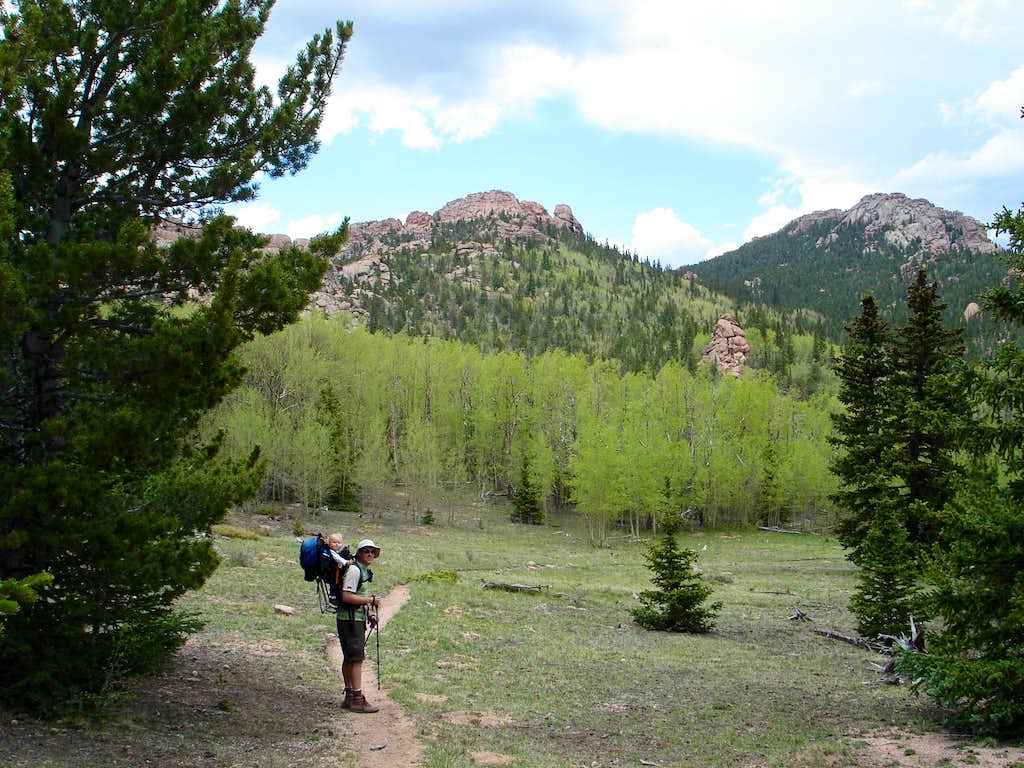 My son Ian and I in Lake Park (about 10,900') in the Lost Creek Wilderness of Colorado. This was about a five mile hike one way from the Spruce Grove Campground where we later spent the night - Ian's first camping trip three days before his first birthday. My wife Julie took this picture after which we had a nice picnic. My plans to summit Lake Park Peak were foiled when the weather started to move in. About half-way back down to the trail head we had to take shelter under a large rock for about an hour to ride out a nasty rain and hail storm. The temp dropped from about 75 degrees to about 50 degrees in a matter of minutes.
« PREV NEXT »