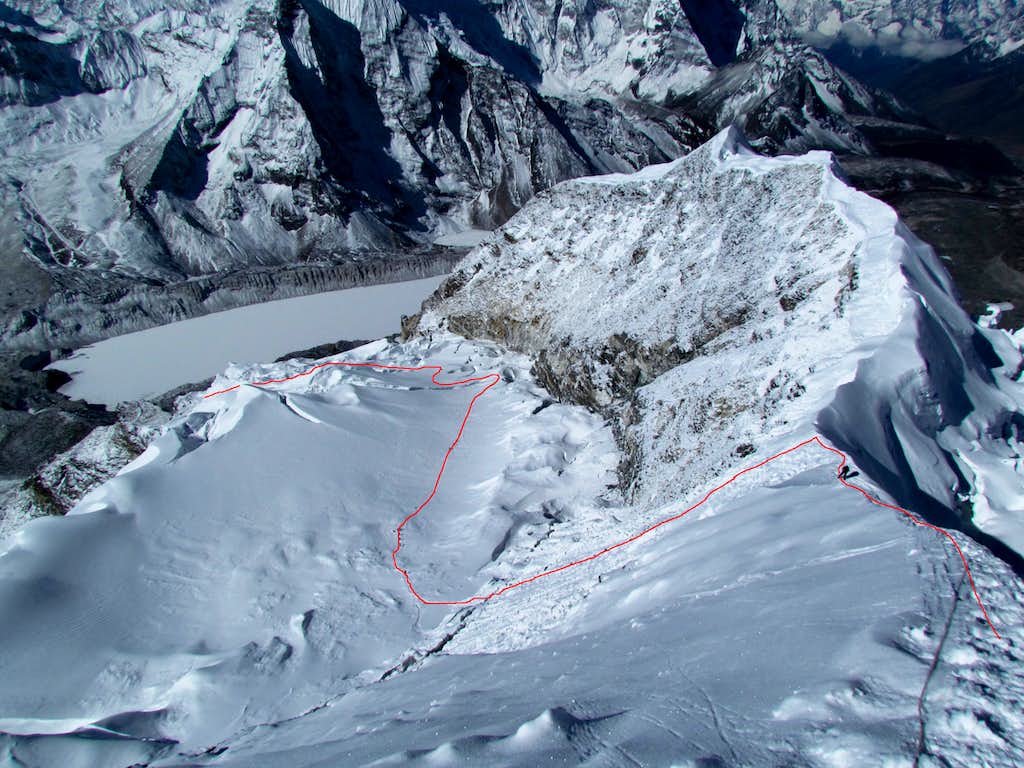 Excellent overview over the climbing route!!

Thanks Rason! Imja Tse makes an excellent warm up run...

Do you know if the SW ridge is done frequently? Looks like a nice traverse.

I guess very rarely, but I don't have any reference on it, except the fact that virtually everybody climbs Imja Tse via the normal route...

Interestingly, the first two quasi-ascent of Imja Tse in 1953 and 1955 reached the SW summit (the highest point at the end of the ridge), which is approx. 100m lower than the main summit. None of these two teams reached the main summit (I don't what was the reason for not continuing to the main summit)