Atop "Fire Mountain" an Indonesian volcano

Surreal experience hiking in the middle of the night to arrive on top of an active volcano to see the sunrise!  Used a guide service from city of Yogyakarta for this surprise summit.  Transportation was very good considering washed out bridges rebuilt and pavement most the way to trailhead.  Accommodating provisions for sleeping and food in small town at base of mountain but definitly within an eruption danger zone, FYI.  Started at midnight and with a few breaks, it took us about 3.5 hours to go up to the very top, the rim of the crater for the sunrise at 5:20am.
The sunrise and steamy crater (with leaky and stinky steam outlets on the way!) were hard-earned and delightful to see after the steep ascent. 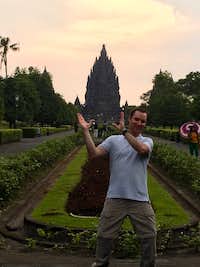 The guide pretended he wasn't supposed to take us up past the upper plateau to go to the top of the mountain's prominence.   This is a common excuse in order to charge an extra commission for the summit.  Don't fall for that! Fortunately, the views, clear skies, and hard work outweigh this bait and switch greed from the guide.

Significant rise over run ...but it's Java!

To ascend Mount Merapi know that it will be a rugged 4,500 feet (1,400 meters) of elevation gain and over and short distance of 5 miles (9 kilometers).  The ground is SOFT whether its ash or jungle flora so enjoy!  A night start for a 6 hour climb is recommended for some of the other volcanoes. As far as MH370, it was nowhere to be seen in March 2014.  Perhaps marooned on Gilligan's Island? 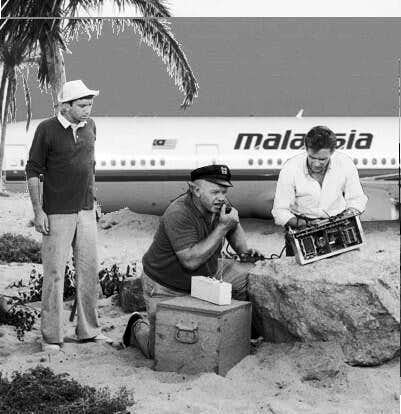