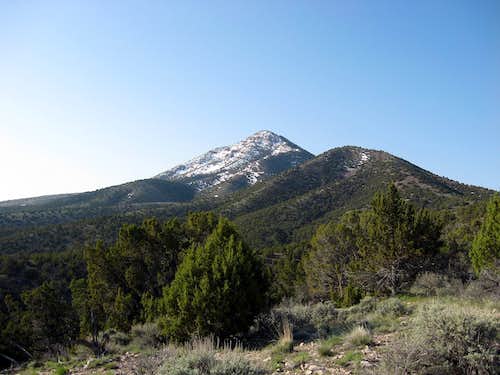 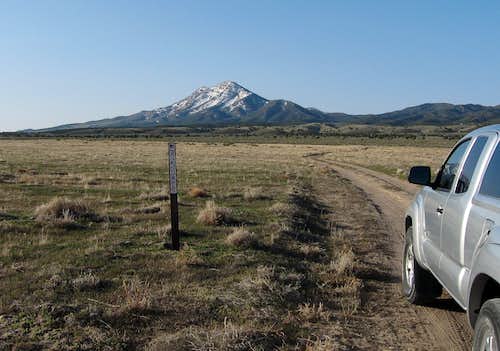 Northern approach from off the pony express trail road

Another nice peak in the western Utah desert, Indian Peaks is accessed off of the Pony Express trail (road). There is also another mountain in the western Utah desert with the similar name of Indian Peak but that one is much further from Salt Lake City and west of Milford. This mountain has the plural name of peaks since there are several little peaks along the summit ridge.

The Pony Express trail ran to the north of this little mountain range as it headed from Lookout Pass on its way to Simpson Springs on the west side of Indian Peaks. The actual name of the range is the Simpson Mountains but Indian Mountains would be another choice, if I had a say in the naming. It is easy to feel the "loneliness" that the pony express riders must have felt as they made their way along the route. Even though the pony express was short lived, it still looms large in American western history.

Having prominence of 2162 feet, it is of interest to those of us who are after the prominence peaks and this one ranks #72 on the top 100 list as found on this list from the website, Lists of John.

This mountain area is very popular with a teen program group, called something like "the Walkabout outback" program. The registers (two nalgene type bottles) were stuffed with their pieces of paper.

From I-15, exit at the Lehi main street exit (#279) and head west on highway 68 to just beyond Five Mile Pass. Just after you pass the Tooele county sign, look for a road that bends off to the southwest. This is the Pony Express road and it has signage pointing you to Faust. You will pass a Pony Express memorial along this road and then cross some railroad tracks at Faust (no town, just a crossing). Another mile or so brings you to highway 36 where you will turn south towards Vernon. Watch for a sign in a mile or so that indicates the Pony Express road and turn right. Take it to Lookout Pass, stop at the pass to read the memorial marker there and then continue on as the road descends into the great western utah desert. My route went directly off of the Pony Express road (see map) and the southern route to the summit turns off before that. 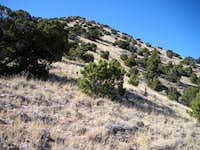 Eric Willhite's pic
There are many ways to top out on this mountain and I know of three different routes at the present time that have been used by others. My route came in from the north but I think the route most commonly used is the one from the south, or from Indian Springs as Greg and Kadee did. Eric Willhite has a nice trip report which you can find  HERE. 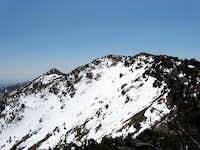 from the north
Other routes:
Indian Springs
If I do this one again, which I probably will, I will try it from this area and will post my results here.

Summit visitors:  According to Lists of John, 15 people have ascended this one as of 2015.  Peakbagger shows a few less that have signed in on that website for this peak.

Lots of camping areas just below Lookout Pass on the western side. On a weekend in the spring and fall, you will see plenty of campers. The land that Indian Peaks is on is BLM land so you can practice "leave no trace" camping nearby. Just pack out what you take, please don't leave any trash or create any fire rings. Simpson Springs is another area for camping (see below).

Simpson Springs Campground
Description: Elevation 5100 feet. Campground at the foot of the low (8200 feet) and remote Simpson Mountains. Horse corral with water .25 mile west of the camprgound-- horses not allowed in the campground proper. There is running water in the campground but it is not potable unless treated.

Location: From Vernon, go 5 miles north to the Pony Express Trail (still a dirt road), then about 25 miles west southwest.
Season: year round
Fee: $2/ per site per night (per info on webpage) 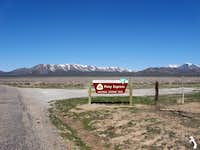 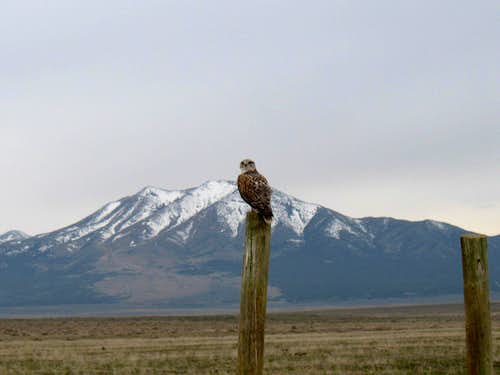 Don't litter, you are being watched