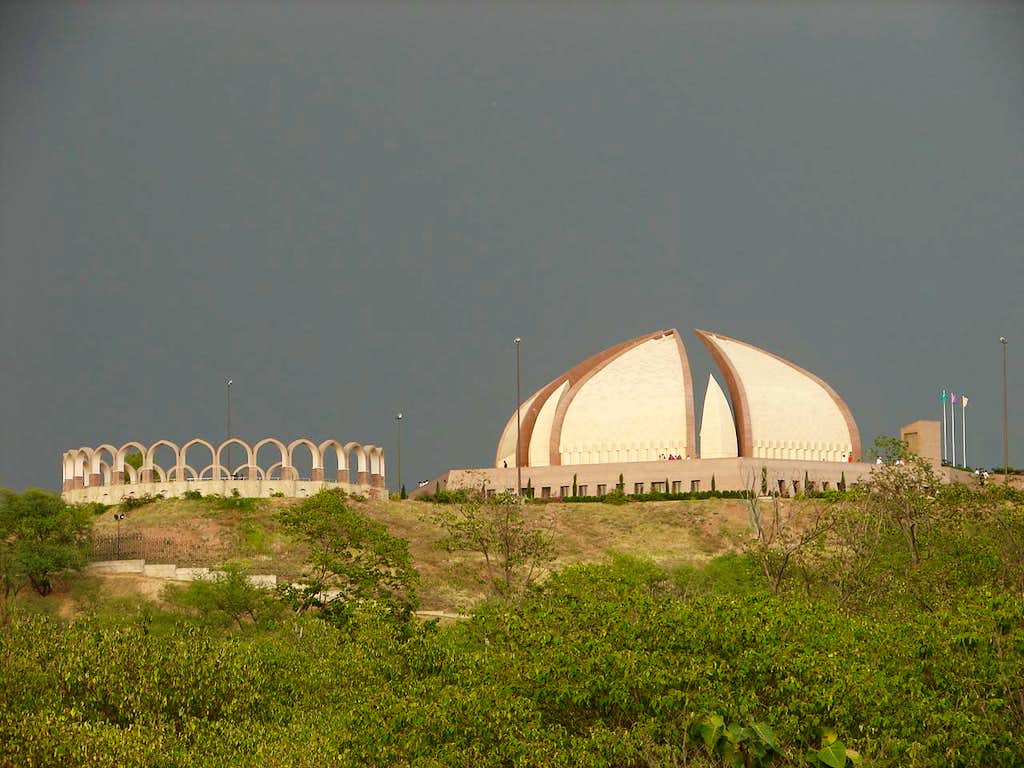 Monument is located at the west viewpoint of the Shakar Parian Hills, is a national monument representing the four provinces and three territories of Pakistan. The blooming flower shape of the monument represents Pakistan's progress as a rapidly developing country. The four main petals of the monument represent the four provinces (Balochistan, North West Frontier Province, Punjab, and Sindh), while the three smaller petals represent the three territories (Northern Areas, Azad Kashmir and the Federally Administered Tribal Areas). The Monument has been designed to reflect the culture and civilization of the country and depicts the story of the Pakistan Movement, dedicated to those who sacrificed themselves for future generations.
« PREV NEXT »

This is good shot of pakistan Monument. You are doing good effort for promotion of Mountaineering and tourism

Thanks for your vote and nice comments!Cheers.