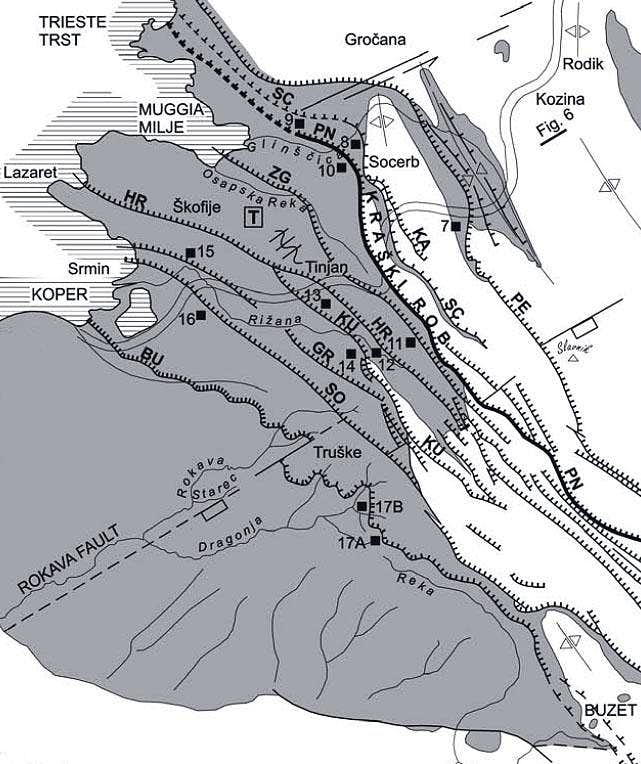 This image shows the geology of northwestern Istria a bit more in detail. As Istria is underthrusting below the Dinarides, in the bordering zone many almost parallel thrust faults can be observed. Both, Istria and Dinarides, are carbonate (limestone) platforms, but on the Istrian one there are thick layers of flysh. Thrust faults are the places where quite high walls are rising, or the discontinuation on the terrain can be seen (like waterfalls). The major thrust fault is the so-called Palmanova fault (PN) - Kraški rob (Karst Edge) in the area of Istria. SW of it also the Buzet and Sočerga faults are significant. The north-eastern mountain chains of Istria - like Slavnik and others towards the SE, are already the anticlinorium, geologically belonging to Dinarides. Source: L. Placer, M. Vrabec, B. Celarc: The bases for understanding of the NW Dinarides and Istria Peninsula tectonics. GEOLOGIJA,53/1, 55-86, Ljubljana, 2010.
« PREV NEXT »