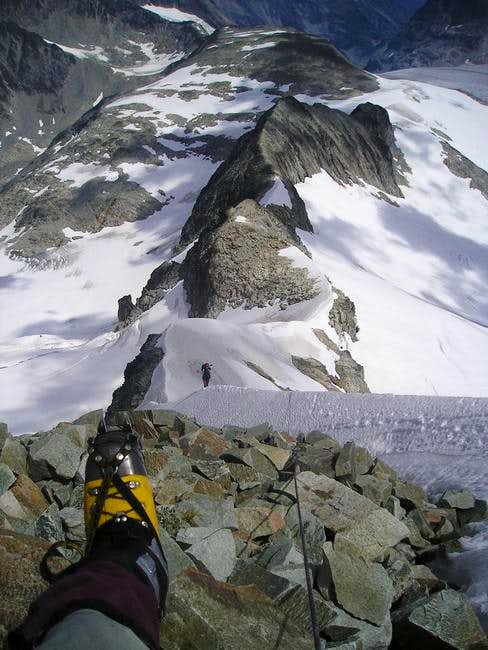 I'm familiar with this route and climbed it many years ago when I lived in Vancouver. It's a beautiful ridge, and this picture truly does it justice. Great perspective, sometimes hard to capture in a photograph. My friend that I was climbing with that day had to take a shit so bad... but he didn't want to strip down on such steep ground. Somehow he managed to hold it until the summit, at which point he said, "fuck it," and took a dump right there on top of Wedge! We still bug him about it to this day, and make inappropriate comments whenever the opportunity arises. As far as I know, it was the highest shit in Garibaldi Park at that time.

It would have to be! I am pretty sure that there is no peak higher than Wedge in Garibaldi park.