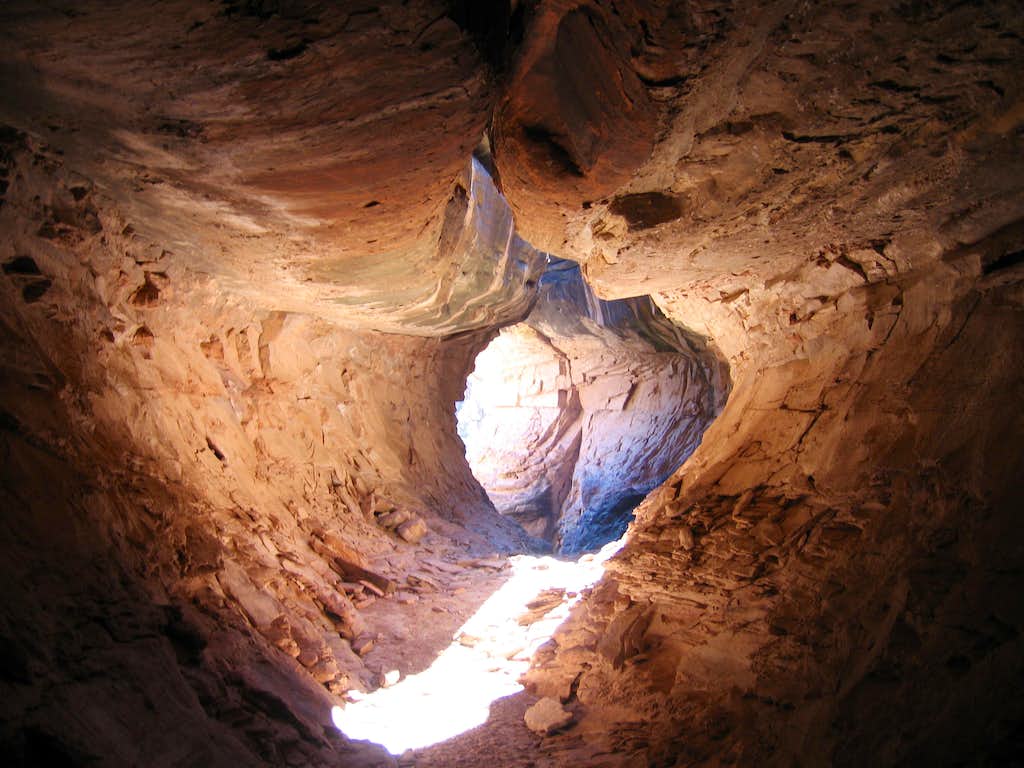 Following the very strange long joints in the sandstone. These are caused by a complex process that has to do with the Colorado river in Cataract Canyon. Here the river has cut a canyon deep enough to reach the very soft Paradox Salt layer. Because of this the entire sandstone column in the western portion of the Needles (particularly the Grabens) and the eastern part of the Maze are slowly sliding on the softer salt layer towards the canyon. As the brittle sandstone slides into the canyon, it breaks and fractures and forms the joints and cliffs seen in the Needles District - October 2009
« PREV NEXT »