So a couple friends from work told me of their plans to run the Juan de Fuca trail. At first I thought that they must be crazy; however, I soon became enticed by the idea and wanted to try it myself. I generally do a 15-20km run at least once a week mixed in with various other activities. Never anything as far or as technical as this...
We started the hike a lot later then I had hoped. It was a bit of a deal getting a ride and then dropping off vehicles. Our plan was to drive to Sombrio Beach, since we would no longer have time to run to Botanical Beach, and leave our truck. Then we drove back to the China Beach access trailhead and ran from South to North. 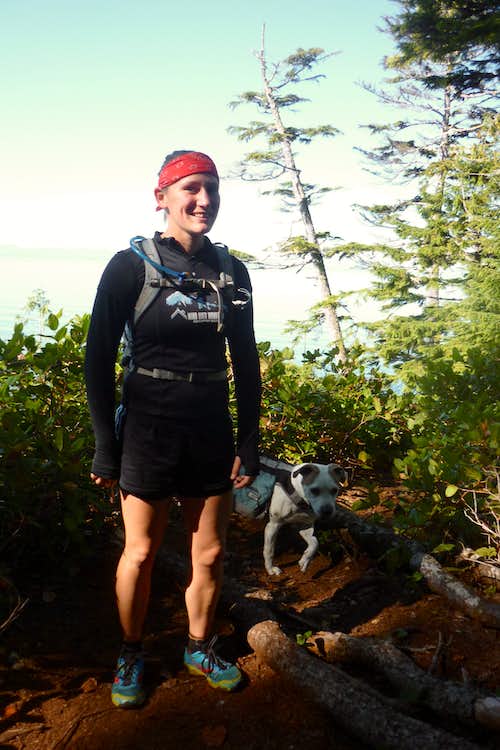 We started running just after 1000 with small day packs. The dog even carried his own pack with treats and food for himself, and a couple cliff bars for us! We also brought a water pump so that if we ran out of water we would be able to refill.
We arrived at mystic, which is the 2km mark,  in no time at all. We didn't stop here since we were just getting warm and instead zipped by people slowly emerging from their tents for the day. A few people made statements at how crazy we must be running the trail as we passed. 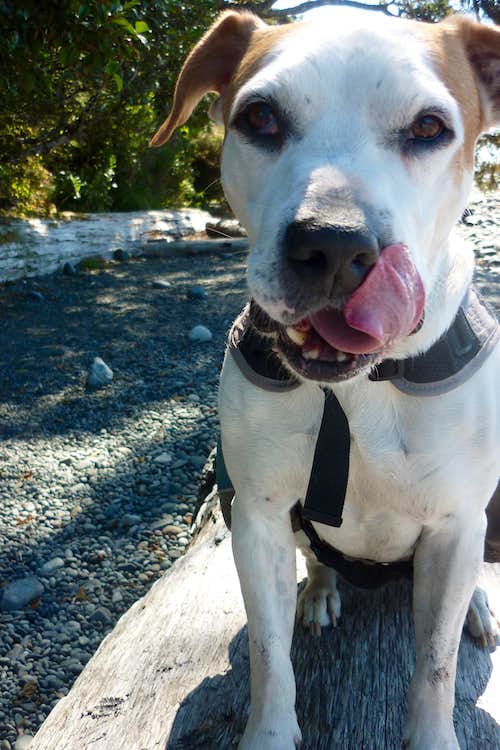 Mr Sparks at Bear Beach
It took until 1250 to get to the south side of bear beach, which is around the 9km mark. Not much distance, but let me tell you that the trail is quite technical to run and very up and down. Here we sat for a while and had a cliff bar and some water while we overlooked the ocean.
After our short rest we continued on to what I feel like is the most difficult part of the trail. By this time I was not feeling quite as zesty and was saving some energy by fast walking up the steep inclines rather than running. We passed the odd person here and there. Everyone seemed pretty shocked that we were running. We arrived at Chin Beach East at 1545, which is the 20.6km mark. We took some pictures in the emergency cabin and had a rest on the giant rock at the bottom of the stairs. The sea breeze was a bit chilly since we were only wearing shorts and tech shirts. We probably rested for 30 mins and then walked down the beach to the stream and pumped some fresh water. 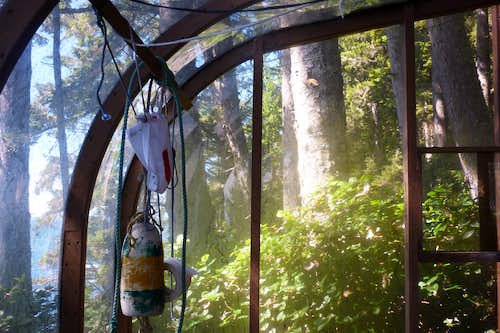 Cabin at Chin Beach
After Chin the trail starts out similar to the rest, very up and down, but you cross a huge extension bridge after a short period of hiking. It is the Loss Creek bridge at 24kms. I once found a steep trail that connected the highway to this point and was able to stash a car and hike out from here a day early from a group hike. 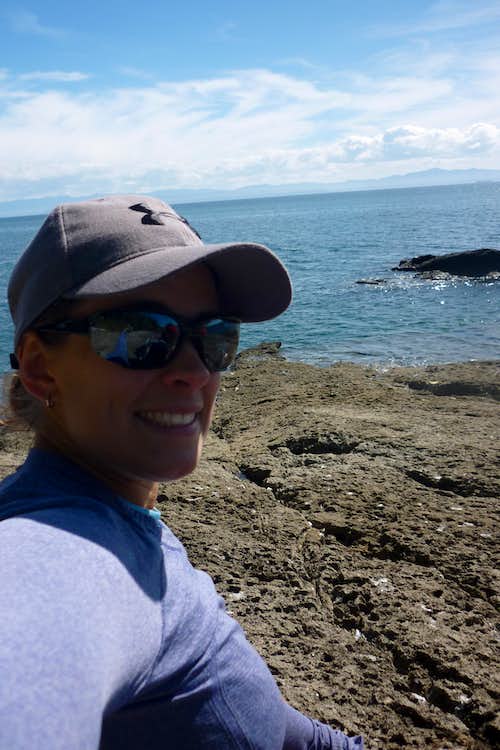 A rest at Chin Beach

After this it felt as though we were travelling slowly up for eternity, the small trail widened into an old road. It felt good on the sore muddy feet to travel on something flat and our speed increased. I knew we weren't far from the finish!
We arrived at Sombrio Beach at 1830. Took some photos with the water fall and then walked to the truck, which is 30kms from the start. What a long day. Instead of going home we went to China Beach campground to BBQ turkey burgers and drink beer. Celebration time! I hope that in 2014 we can coordinate better and do the entire 47kms. The last leg from Sombrio to Botanical is always a breeze. We'll see what it is like running... 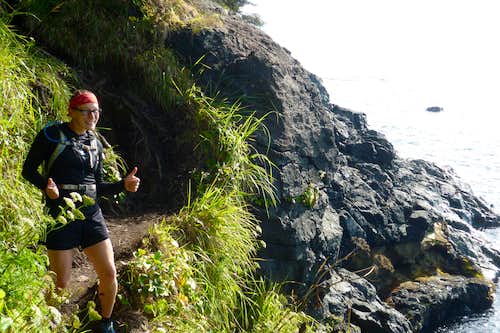 The last turn before Sombrio 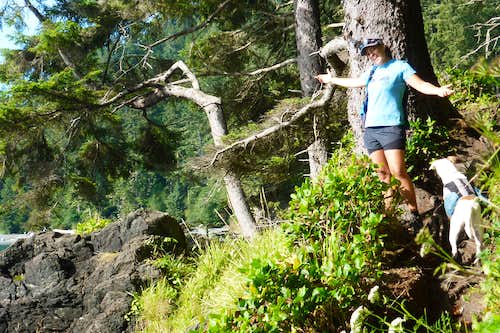 Last bit of trail before Sombrio