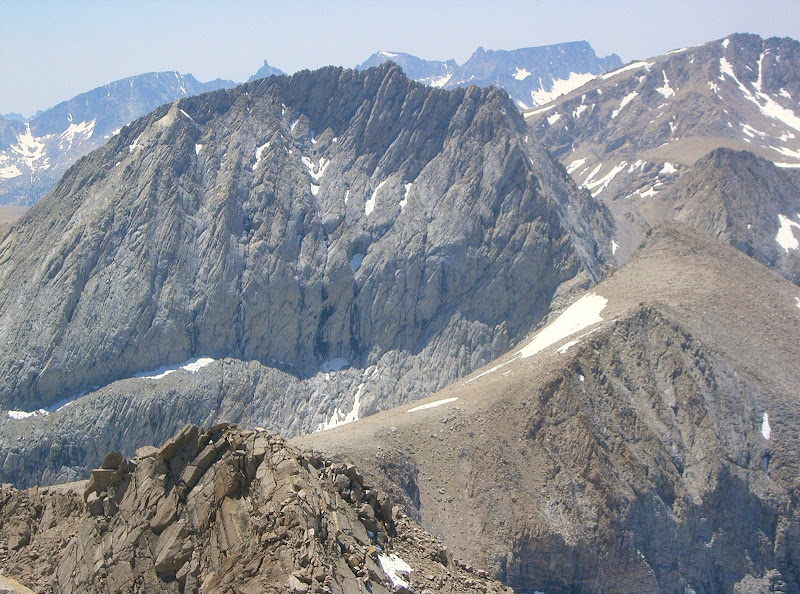 At the creek crossing at Anvil Camp, I stopped to filter water into my bladder. One solo backpacker at Anvil Camp offered me some chocolate covered coffee beans. Near the Pothole, I saw two solo backpackers sleeping on the rocks adjacent to the trail. I thought it was quite strange for people to sleep in the middle of the day in such an exposed state. I finally reached Shepherd Pass. 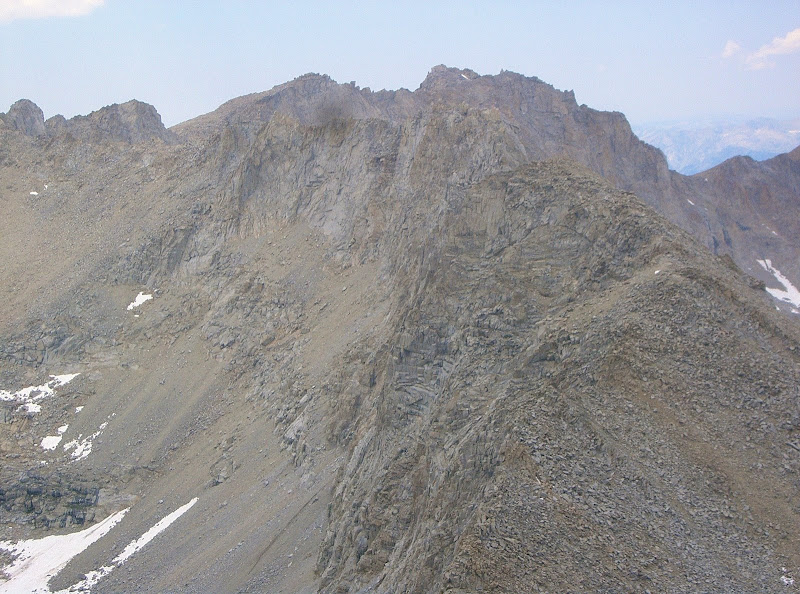 I left the trail and continued cross-country towards Lake 3806 m. From the lake, I continued up a steep loose gully to the southeast ridge of Junction Peak. I was able to stay to the southeast side on more stable rock. I followed the ridge to the summit. The ridge was initially broad and loose, but then became narrow and solid. 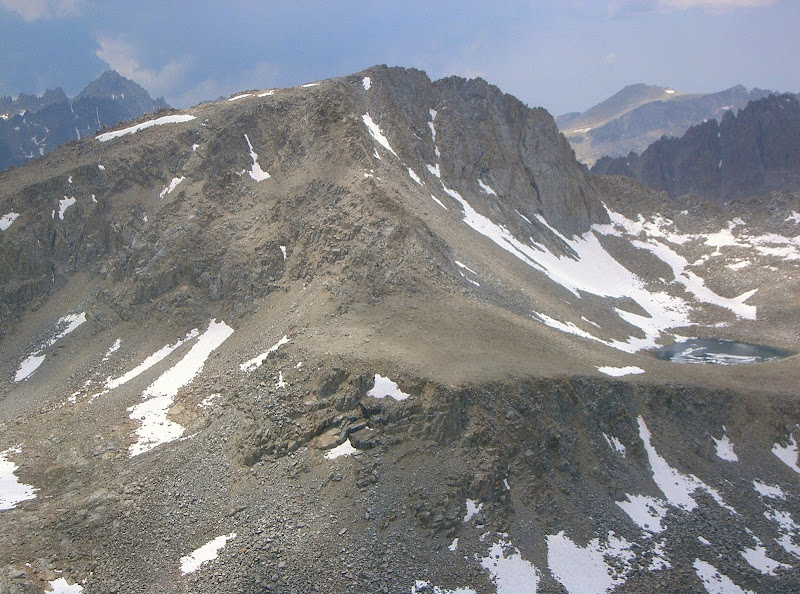 The exposure on the final section of the ridge was invigorating. I had good views of Mount Stanford, Mount Keith and Caltech Peak. I could also see people camped just south of Forester Pass on the PCT. From the summit, I descended the southeast ridge to the east couloir. From my climb of Mount Keith, I saw that Junctions Peak’s east couloir had snow in it. 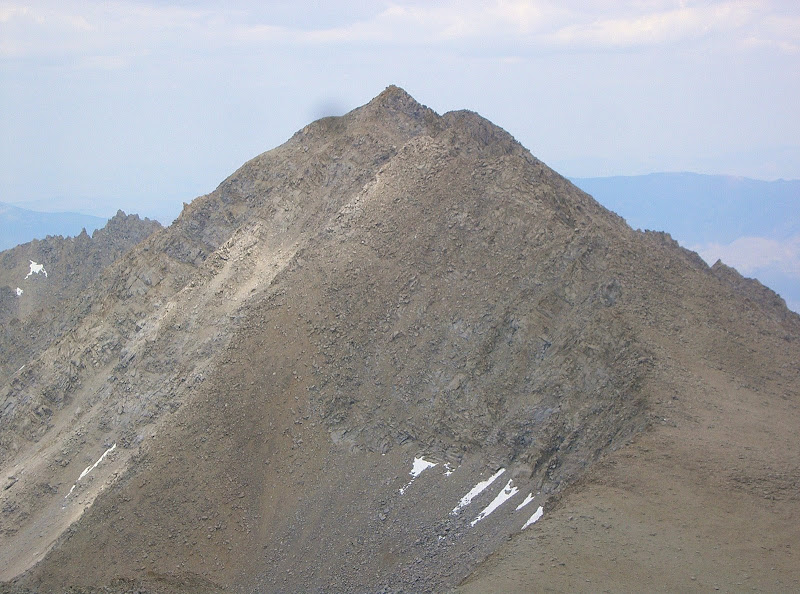 I opted not to take an ice axe or crampons with me. I was able to kick steps to the north side of the couloir and downclimb gravel-covered slab. The rest of the couloir was sandy and loose, then became scree. I met up with the Old Junction Pass Trail. Following the trail was a chore. I finally made it back to the Shepherd Pass Trail below The Pothole. Descending the east couloir definitely reduced some distance and most likely saved some time. The rest of the hike back to the trailhead was uneventful. 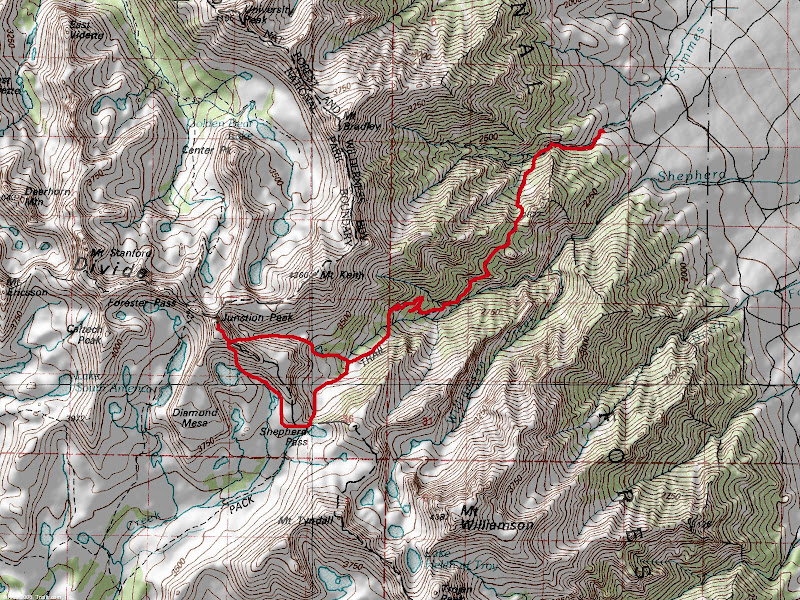 Thank you! This looks like a nice trip..I had always wondered about that old Junction Pass trail on my few times hiking up Shepherds Pass.
Your pictures are great! I especially love the one that shows Milestone Peak in the distance.
Thank you again