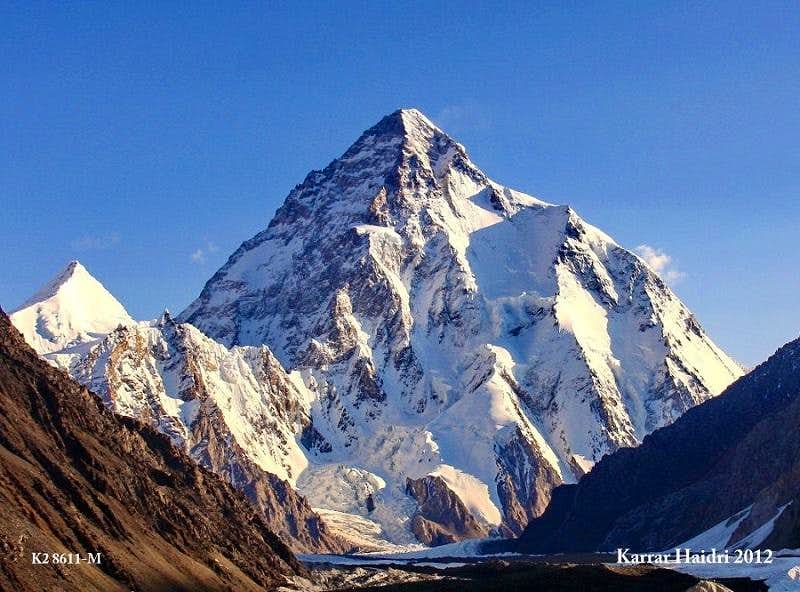 K2 8611-M is the second highest peak in the world and highest peak in Pakistan. K2 also known as CHOGORI which is Balti language means the king of mountains.K2 has variously be described as "awesome" , " Killer " and "Savage Mountain. This is because of massiveness of its size and unsuccessful attempts made on it by various expedition parties.K2 is rocky mountain upto 6000-M, beyond which it becomes an ocean of snow. K2 8611-M is situated on the Pakistan China border in the mighty Karakorams. The traditional rout to its base camp goes from Skardu Baltistan which is linked with Islamabad by Karakoram Highway as well as by air. From Skardu the rout goes via Shigar-Dassu-Askole upto Concordia over the Baltoro Glacier.
« PREV NEXT »

Thanks Enjar for your visit and nice comments.
Greetings from Pakistan.

You had great weather and lighting for this shot.

You are right,Luckily the weather was very clear.Thanks for your nice comments.
Have a nice day.

Thank you Treker786, I am glad you like it.
Greetings from Skardu Baltistan.