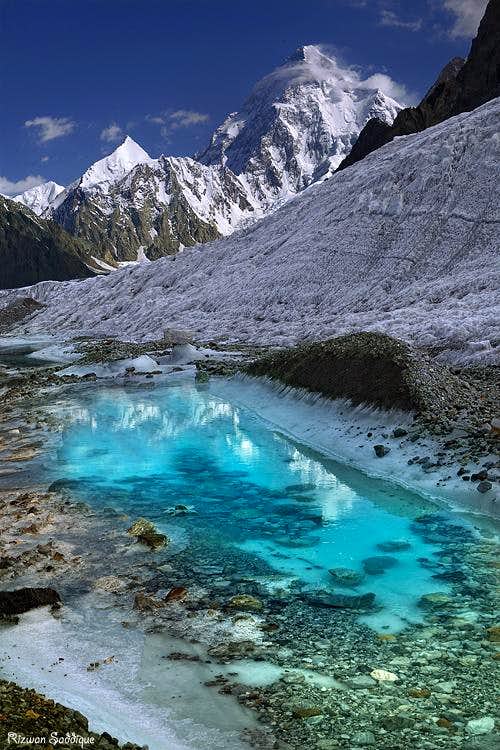 K2 8611m K2 is the second-highest mountain on Earth, after Mount Everest. With a peak elevation of 8,611 m (28,251 feet), K2 is part of the Karakoram Range. K2 is known as the Savage Mountain due to the difficulty of ascent and the second-highest fatality rate among the "eight thousanders" for those who climb it. For every four people who have reached the summit, one has died trying.[4] Unlike Annapurna, the mountain with the highest fatality rate, K2 has never been climbed in winter.
« PREV NEXT »

I feel a POTW coming on. Pictures like this one are well worthy of the front page. If I had been there I bet I would have never left....that place is BEAUTIFUL as it gets in my opinion. Thanks for sharing that beauty with all of us on SP.

Stunning! Just absolutely stunning! Thanks for posting this beauty!

pic rizwan. keep it up

opinion photo of the month :o)

POTM (Photo of the Month)

Rizwan, this is just fantastic!! Any bet this is going to be the next POTW!
Congratulations for this marvelous picture and cheers,
Eric