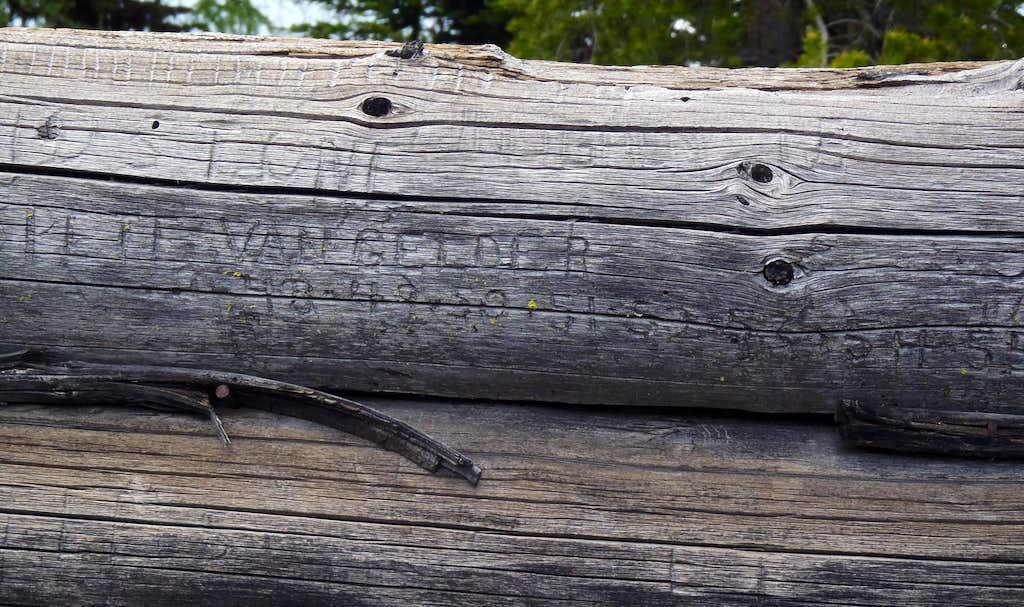 On the inside of the Kalispell Rock log cabin remains, there is a lengthy set of carvings made by Pete VanGelder, a resident of the nearby Priest Lake region. Kalispell Rock was VanGelder's favorite annual deer hunting area from 1948 until 1985. He carved the year of each visit (which was every year from 1948 through 1985) onto the inside panel of the cabin. VanGelder died shortly after his last visit during 1985. This story was told by VanGelder's friend, Ray Kresek, during Spring 2014. Photo taken on June 8, 2014.
« PREV NEXT »