Kelly Butte is yet another famous cinder cone located on the east side of Portland, Oregon. It is one of 32 cinder cones that formed from the Boring Lava Field that formed during the Pre-Pleistocene area.  As of 2016 this is probably the least desirable of all the natural areas and summit to visit in Portland. I do expect this to change because Josh Lewis and I saw lots of survey markers, flags, and new mulches that leads me to believe that this park is about to go through a heavy renovation. There is also a lot of replanting going on at this peak in order to get rid of the invasive plants that has attacked the hill. 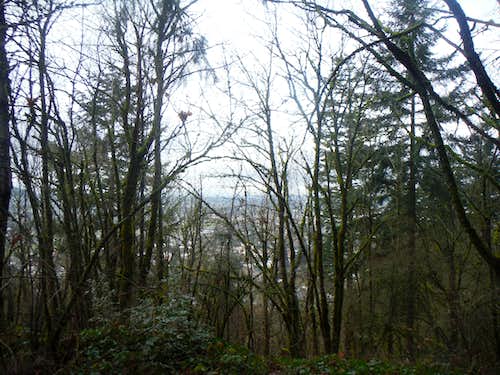 As for currently this peak only as some areas of views and the summit is almost viewless. The trails in this park are current just game trails and Josh Lewis and I ran into a former homeless camp on the peak. The best view here is where the road ends and a nice field begins. One can see the Cascades from this view, though neighboring peaks and cinder cones have better views than Kelly Butte. 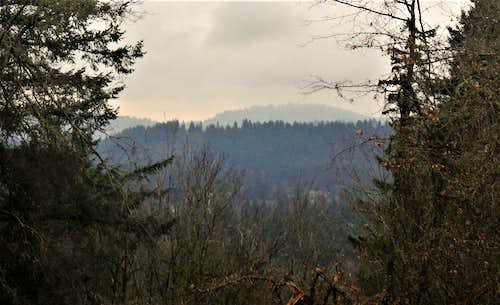 Best view from this peak

FROM I-205: Get off on Exit 19 which is Division Road and head east rough a 1/2 mile. Make a right onto 103rd Ave and take it all the way to the gate where there is parking turnout to the left of the gate. The road above is where you will start your journey. 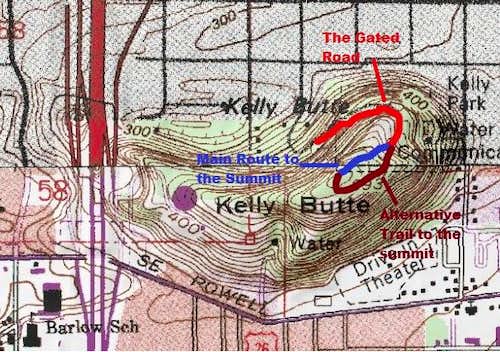 Map of the Route
The route up to Kelly Butte is to just walk up the gated road passed the side parking. Once you get to the very end which will be on east of Kelly Butte look up through the fields for a game trail. Follow the game trail all of the way to a side trail which has a sort of view off to the north and some markings. There is sign here saying that as of 2016 the survey marker is off limits. You can make a loop out of the game trails however as of December 2016 there was a homeless camp lower on the game trail. Views on this peak are sparse at best. 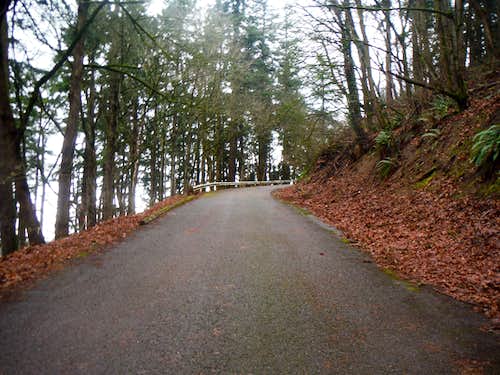 The gated road up

Park is open dusk to dawn. Do not park here overnight!!!

This can be summited year round. Save it for a time when you cant do something bigger due weather concerns. As of right now it is not a very highly desirable summit to visit. That might change in the future.

Don't be tempted by some of the homeless camps on this peak. Camping is prohibited.