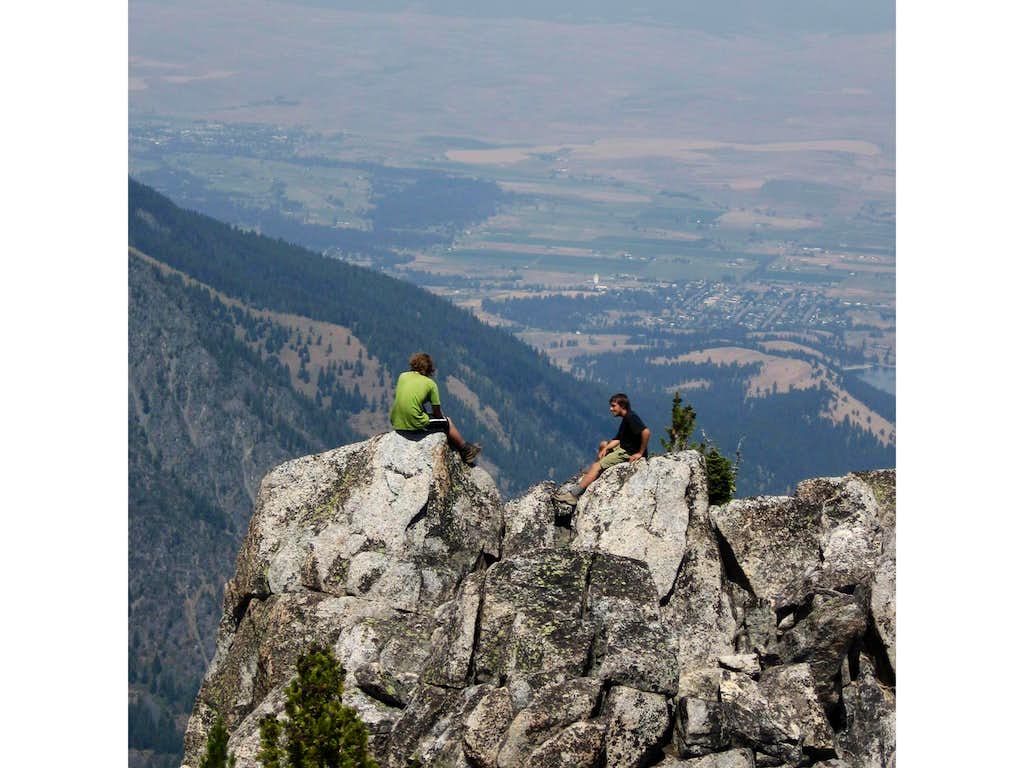 Kenneth and I chillin on some rocks on Bonneville Mountain.
« PREV NEXT »

Thanks for the nice photos they bring back some pleasant memories.
David Jensen and I climbed Mt Bonneville back in 76 or 78 or thereabouts. We started up the mountain from the east fork and climbing to the base of the summit rocks went around the north end and finished up the summit rocks on the west side. Lightning was striking Chief Joseph so we repelled down quickly. There was no summit register only an old leather cap wedged in a summit crag that belonged to my friend Carl Gettleman who lost it on his summit climb the week before with Wayne Davis. They started from the west fork side to the summit rocks and went around to the east side summit rocks exactly opposite of what Dave and I did. We discussed each parties exploits several days later at the Joseph Tavern.

Wayne Davis and I tried a winter accent which turned stormy and dangerous spoiling our bid just below the west summit rocks.