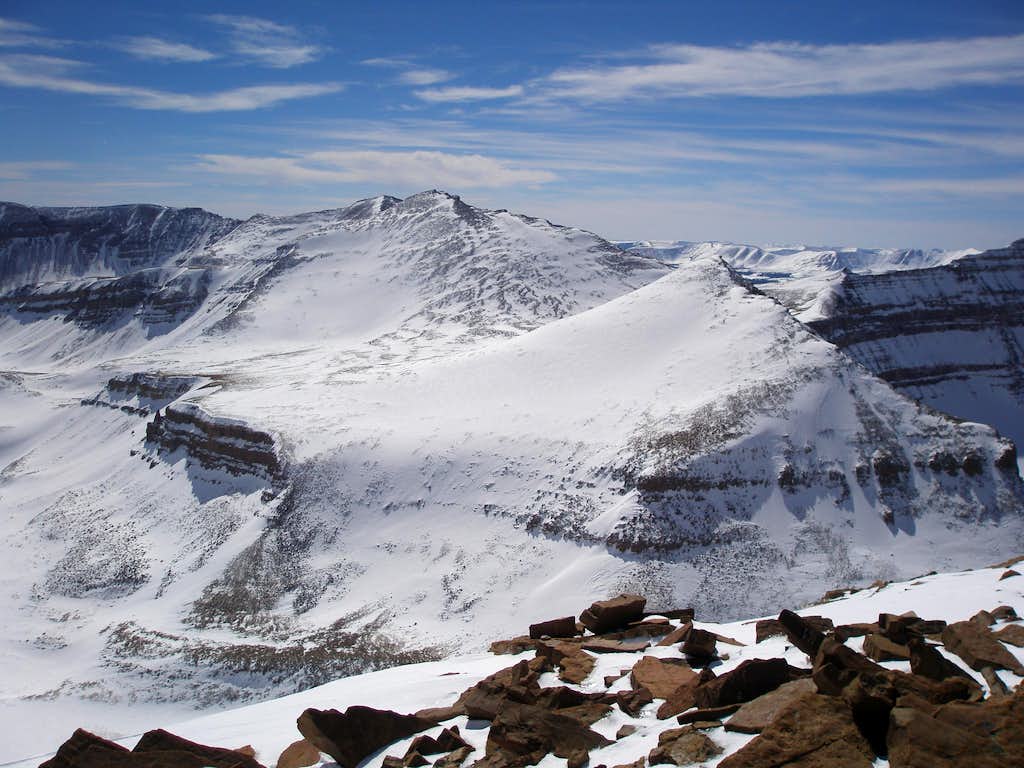 How are the snow conditions? I may do the Kings peak tour on the 30th, but still recovering from a hernia so it's only a maybe.

To get to the top of Gunsight it took 4 separate prior trail breaking trips to get half way via Joulious Creek. The snow was calf to knee deep almost every step. Snow has improved a lot since then. Yesterday I tried and failed to get West Gunsight using the Kings Peak route. I made it to .9 miles of the pass. It was broken about half way to Elkhorn. I still had some deep collapses, but maybe only 1 per half hour. The people who broke part way had lots of collapses but I suspect it was in the middle of the day. With a ton of people skiing on it for the Kings trip, I think it will be fine, unless we get a super warm day.

I was also wondering about snow conditions.

I have NO desire to do the "Kings Tour," but
was curious if you came up from Henrys Fork Basin or took the southerly approach past Lake Atwood.

Neither. Shortly before you get to the summer trail head for Henrys Fork Basin there is a road going left to Hole-in-Rock. I take that road about 1/4 mile and then follow the path of Joulious Creek to treeline. So I am roughly paralleling Henrys Fork but am about 1 mile farther east and about 600' higher.

My head hurts to think about the Lake Atwood approach, that would be monumental in the winter.

Awesome achievement --- had completely forgotten about the trail following Joulious
Creek and rejoining the Kings Peak Trail east
of Henrys Fork Lake! Thanks for the info !!

... and, good luck with your headache.