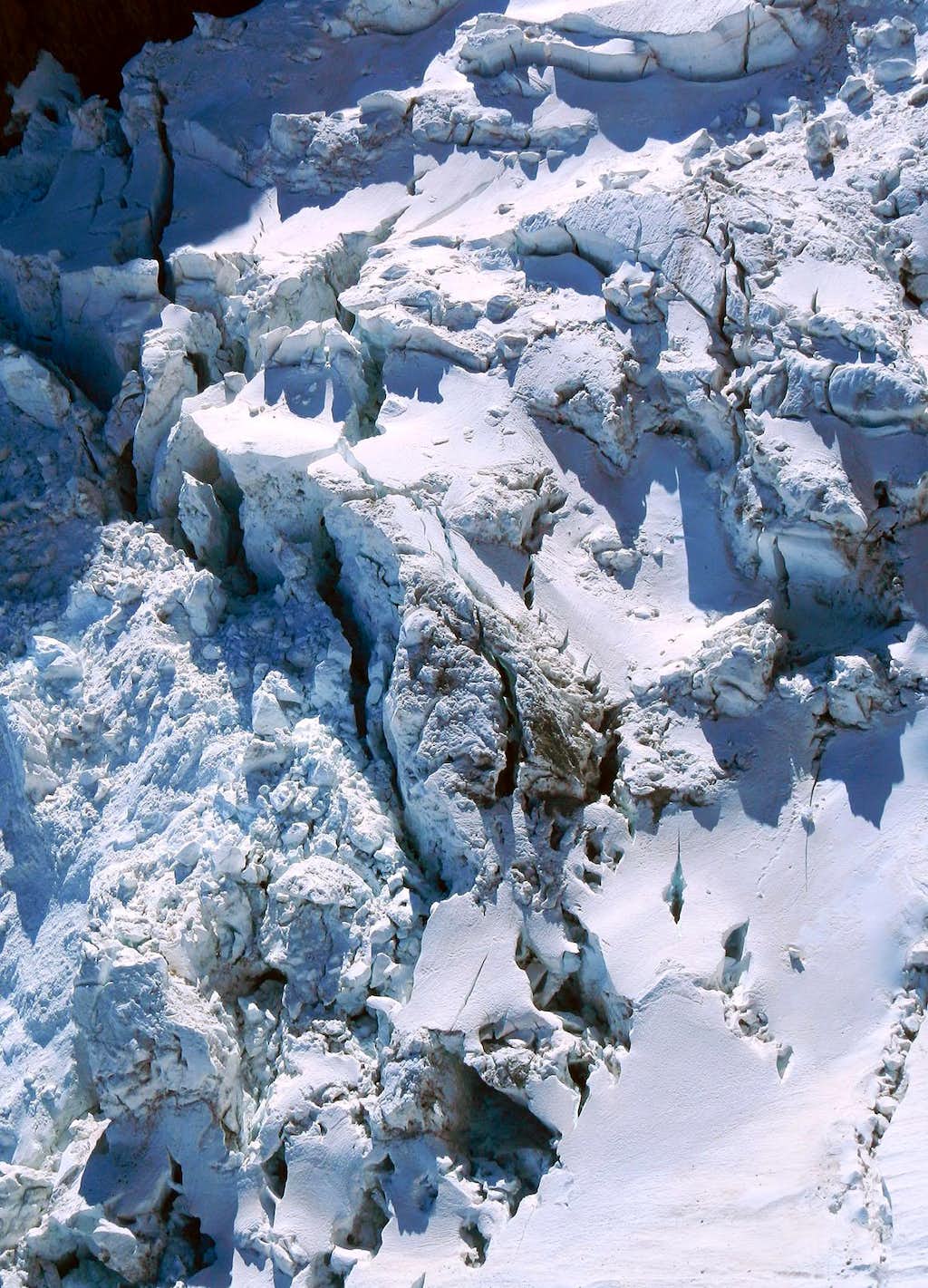 Don't mean to participate in a foolish debate,
but can this be attributed to global warming ?

Don't want to start a debate, just want to give an explanation. An icefall is just a very inhospitable part of any glacier. Icefalls are caused by two things: 1) topology of the rock underneath the glacier, 2) downward motion of the glacier. This downward motion is caused by gravity, not so much by temperature or incident sunlight (so I have been told in multiple mountaineering courses). Both of the above are not affected by temperature and thus not related to global warming (irrespective of the existens of global warming).
There might be one small effect: a temperature increase can decrease the thickness (also length and width) of a glacier. This reduced thickness will make the icefall more pronounced.
Concluding: the icefall does not exist because of global warming, but can only become more pronounced because of global warming. One can only judge the later by comparing photos over a large period in combination with temperature data.

Thanks for interjecting anyway with the cool
explanation , X-Bird !

GRAVITY ... it makes for a very fine mistress ... besides , gravity SUCKS!

photo by the way, just couldn't help myself :P