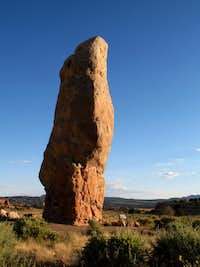 To many a nature lover, the typical state park is a disappointment. More playground than preserve, it falls short as a place to behold and enjoy the wild and the spectacular. Paved pathways, rails, swimming pools, marinas on man-made lakes, and shooting ranges all detract from what should be adventure, peace, and wonder. More than once, I have driven into a state park protecting an interesting feature only to turn right around and leave upon finding a circus-like atmosphere. Yes, national parks can suffer from a similar atmosphere, too; Yosemite Valley, the South Rim of the Grand Canyon, and parts of Yellowstone come to mind. Still, the typical national park is far larger and far more diverse than the typical state park, and the human visitors are more dispersed.

But there are some exceptional state parks, and most visitors to Utah's Kodachrome Basin State Park would agree it is one of them. Multicolored pillars and spires (also called hoodoos) of ash and sandstone, natural arches, wide-ranging views, and start desert landscapes await. Located near Cannonville near UT 12 and off the road through Cottonwood Canyon, the park is also adjacent to some of America's most amazing scenery, that found in the desert wilderness of Grand Staircase-Escalante National Monument. With a campground and cabins available, Kodachrome Basin is not only an excellent destination on its own but also a good base camp from which to explore the area. The park is also less than an hour's drive from Bryce Canyon National Park, and Zion National Park is about two more hours away.

The land that is now Kodachrome Basin State Park was once, according to geologists, a hydrothermal hot spot with geysers and hot springs. Over time, the springs and geysers dried up, and sediments filled them. After the sediments hardened, surrounding rock (sandstone) eroded away, and "sand pipes" remained. The park has 67 sand pipes, and they range from 6 feet to over 160 feet in height.

Members of the National Geographic Society visited the area in 1948 to photograph and explore it for a story to be published in an 1849 issue of the magazine. Although they were not the first humans there-- Native Americans were the first, followed by cattlemen around the turn of the 20th century-- but they appear to have been the first to give it any kind of an official name. They dubbed it Kodachrome Flat, a reference to the Kodak film, but when the area became a state park in 1962, the name became Chimney Rock State Park due to legal concerns. However, Kodak later granted permission to use Kodachrome, and the name has stayed that since. 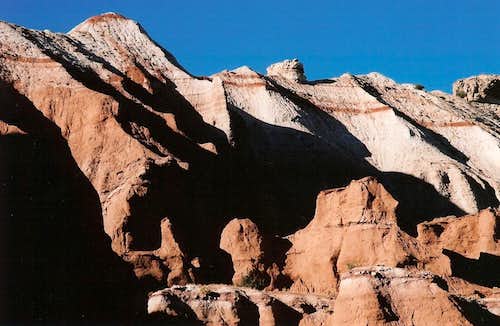 Drive the paved road 9 miles south from Cannonville to the park entrance. Beyond the entrance, the road changes to dirt and is passable to most vehicles in dry conditions. When wet, the road can become gumbo and washes can be impossible to cross even for all-terrain and other 4wd vehicles. 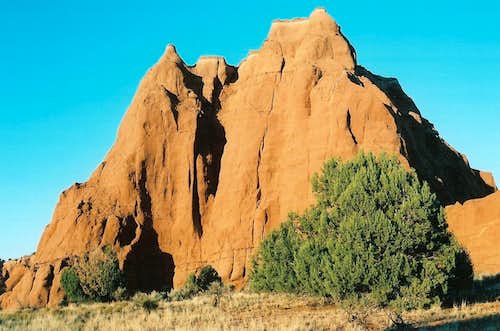 Of foremost interest to SP members may be the climbing opportunities. There are no legal ones. Within the park, rock climbing is prohibited. There have been ascents of some of the pillars outside the park, but they are outside the scope of this page.

Some formations are amenable to scrambling, but the footing is often loose and brittle, and visitors should exercise extra caution not just for their own safety but for the preservation of the park features as well.

There are several trails ranging from short to half-day hikes, easy to moderate in difficulty. The following information is copied from the park's website (linked to below), with occasional comments of my own in bold--

Panorama Loop Trail: 3.5 miles easy to moderate with slight slopes, non-motorized, hiking, biking, equestrian. I highly recommend this trail, including the spur described below. The scenery is outstanding, and it is long enough to get well away from any crowds that might be present.

Big Bear Geyser Cool Cave Loop Spur: 2.5 miles. This is a spur from the Panorama Loop Trail; it is very much worth the extra time and effort.

Eagle View Trail: Closed indefinitely (as of June 2010). If this trail is open when you visit, definitely hike it. It is short but steep and climbs to a narrow ridge with awesome views of the park and its surroundings. Some extra wandering and scrambling along the ridges are possible. This out-and-back trail is a half-mile RT and gains 500'. 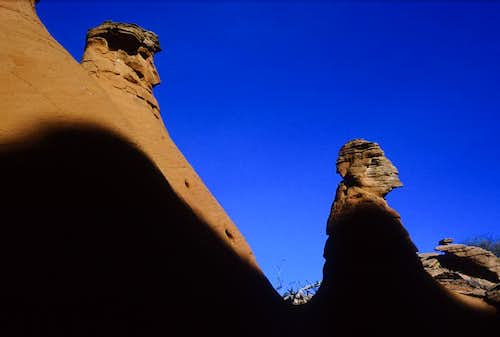 The park is open from 6 A.M. to 10 P.M. daily, with no holiday closures. Summer days can be intensely hot. 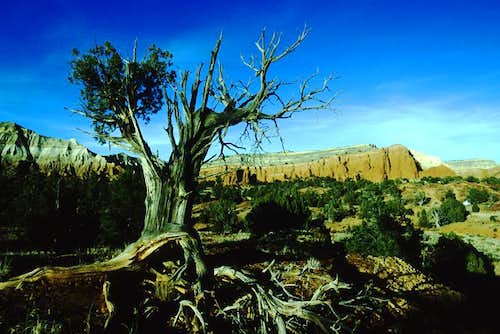 The fee at the main park campground was $16/night in 2010. Flush toilets and water are available. There are also two group campgrounds.

The cabins in the park offer moderately priced accommodations. Use this link for more informations, including online reservations. 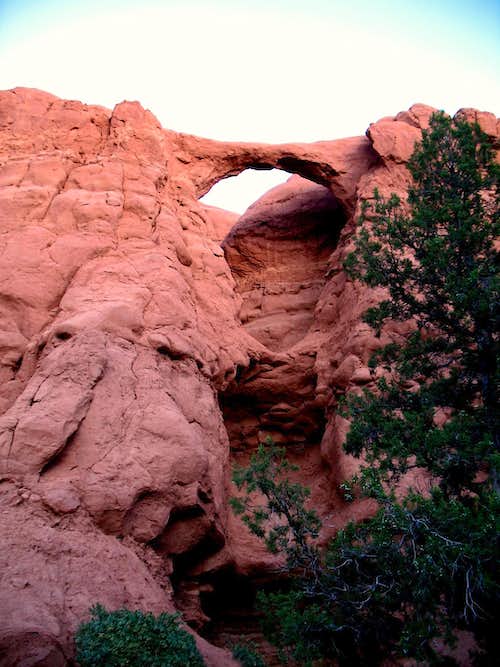