No marked routs lead on the summit, but Kolový Štit is reachable for “normal” tourists. For climbers the east wall could be interesting, but it is situated in preserve – prohibited area. 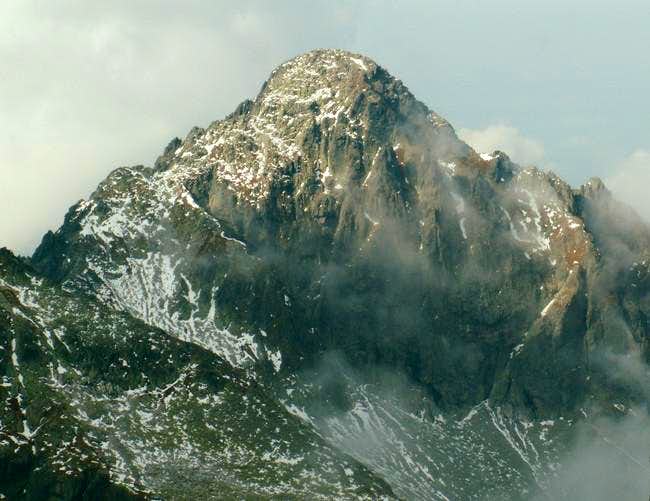 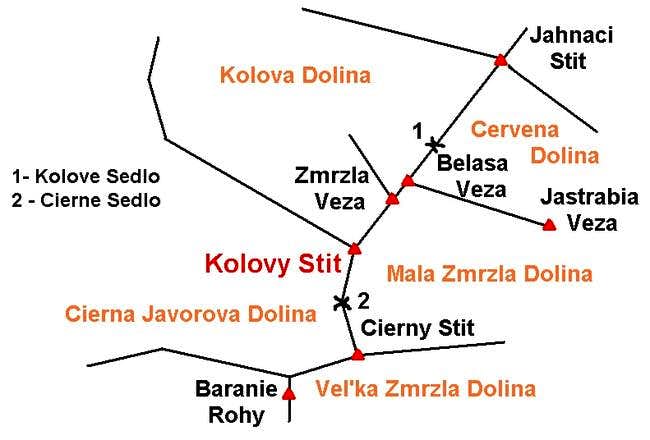 The Slovak and Polish name of this summit means “Circular Peak” and comes from Kolová Valley and this one from Kolové Pleso / Kołowy Staw (“Circular Lake”) which was really in old-time circular, but in the course of years became more kidney-like.

Kolový Štit massif were visited by hunters and treasure-prospectors already in XVIII century. Maybe they reach the summit, but there are no clear data about this event.
Stanisław Staszic - prominent Polish geographer, with guides from Jurgów were the first tourists - they reach the summit in 1804 year by Čierné Sedlo.
First winter ascend: Gyula Hefty and Istvan Laufer in 1912.

A view from Kolový Štit is really excellent and extensive. I hope these a few photos encourage you to visit this summit. Of course by a very good weather.


The best point to stars the journey is Zakopane – the biggest town on Polish side of Tatra Mountains.
Take a bus to Polana Palenica (time table of PKS, in high season there are a lot of private buses, too – a station is opposite to PKS) and get off in Lysá Pol’ana / Łysa Polana. Cross the polish-slovakian border . Bus station on Slovakian side is about 100m after border crossing point on the right. Take bus to Poprad, which goes through Tatranská Javorina (3km from border), Tatranská Kotlina,Tatranská Lomnica and Starý Smokovec (time table).


Approach to Chata Plesnivec:
Take a bus from Starý Smokovec to Lysá Pol’ana (or from Lysa Pol’ana to Poprad) and get off in Tatranská Kotlina. If you have time you can visit here very interesting ice cave “Belianská Jaskyňa”. From Tatranská Kotlina take a green marked trail leading to Biele Pleso through Chata Plesnivec (about 2 h 15 min).

The best time is a summer and early autumn (july-september). 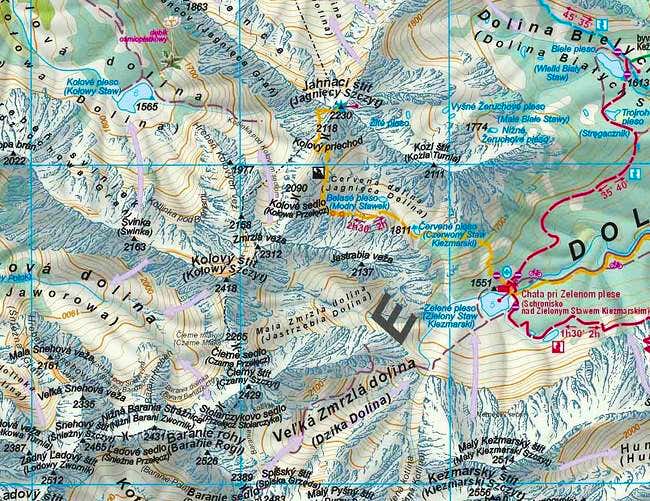 The “High Tatra” is a National park, UN Bioheritage area and a European BioHeritage - if you are not a member of any climbing club you can move only on marked trails - so you can visit Kolový Štit only with tatra guide.


In winter time (from November the 1st – June the 15th) The Tatra Mountains in slovakian part are closed for normal tourists.


Absolutely no camping is permitted in the nature park. The nearest camping is in Stara Lesna and Tatranska Lomnica.


There are plenty of cheap hotels and pensions in the area of Stary Smokovec and Tatranska Javorina.
accomodation

Web forecast:
situation at this moment and forecast


Information of avalanche danger:
TOPR (in English) and HZS