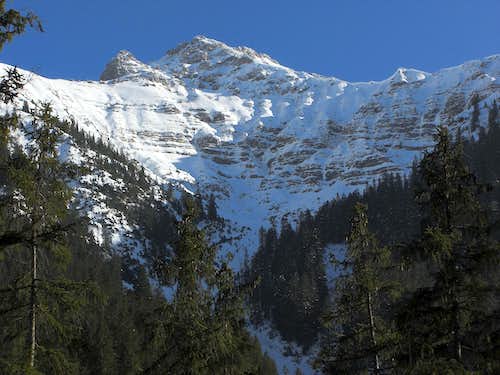 Kreuzspitze hosts one of the best powder snow ski tour routes of the area. Nowadays far away from being an insider route, Kreuzspitze ski route still is an enjoyable winter outing.

The route uses the north cirque of Kreuzspitze and Kuchelbergkopf, the so called "Hochgrieskar" and its drainage valley, named "Hochgries", which is in fact more a broad chute than a valley. In the upper parts of the route you reach - at last - the sun and the west ridge with its spectacular views. The westernmost outlook of the west ridge is called Schwarzenköpfel.

The summit block can be a challenge, depending on the snow conditions. It is the steepest part of the rather steep ascent and requires sometimes crampons, sometimes a bit of mixed rock scramble and steep snow. In good years with much snow the experienced skier can push forward and reach the summit ridge with skies; only some steps away from the summit.

The whole route is steep and straight without any twirls and squiggles. In three to four hours you reach the summit, within one hour you´re back at the trailhead. This makes the route a half days undertaking for the fast and speedy early birds. For those who know how to  relax on a sunny summit and enjoy the great panorama. it will be a bit less of “most of a day”. 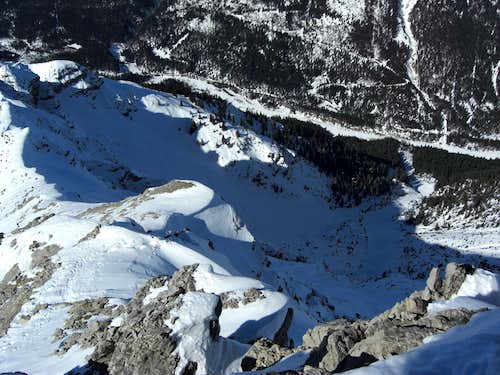 This sounds a bit difficult to find but normally there is a ski track you can follow.

The cirque is surrounded by steep northern walls of Kuchelspitzkopf, Kreuzspitze and the Kreuzspitze west ridge. By entering the  lowest parts of the cirque, you can see high above on your right another chute, which leads you out of the cirque and up to the west ridge of Kreuzspitze to the point, called Schwarzenköpfel (1897 m).

The nearly level summit ridge leads you exposed to the summit. 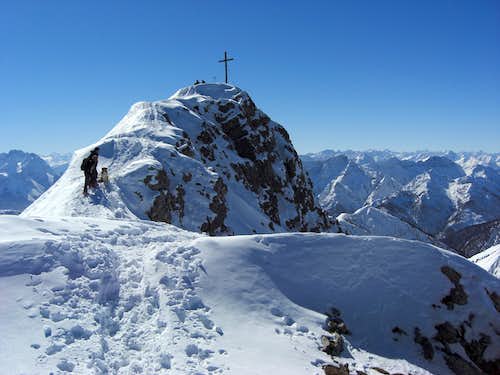 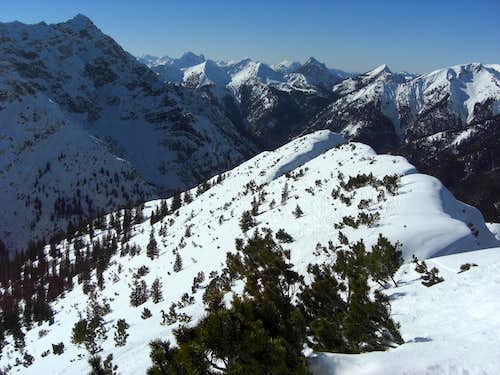 Kreuzspitze ski route is not a beginners route. The route has ascents on steep slopes and consequently steep downhill parts. The ascent of the summit block is in steep, sometimes iced terrain.


Full ski and avalanche gear is required. Crampons are recommended for the summit block ascent, depending on the snow situation. 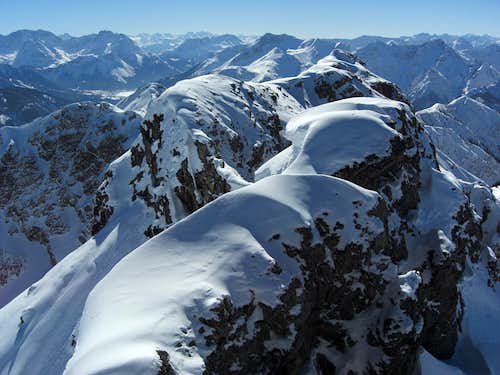