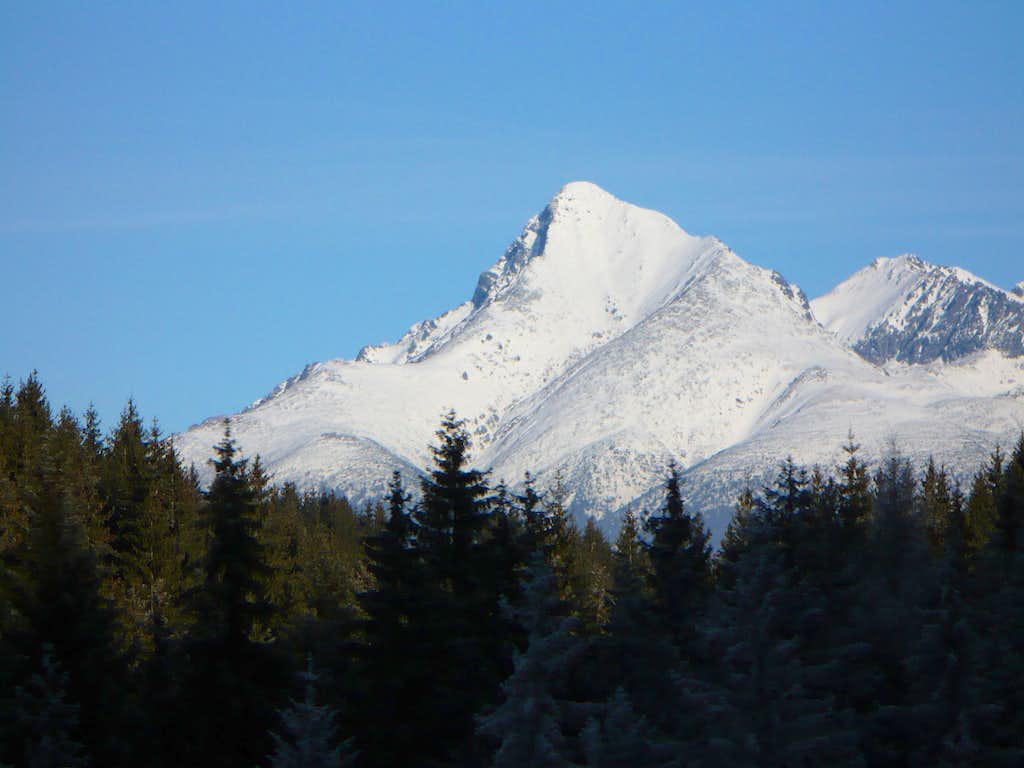 Tomas ... this mountain looks like a
great one to climb! Regards to you and
your lovely girlfriend in the beautiful
land of Slovakia.
-Larry

Re: Greetings from Arizona

One does not have to be a good observer to see clearly, that Kriváň is my favourite mountain. This is not only my feeling. This is simply so remarkable summit that it's fate was to become the most loved, the most famous, emblazoned with plenty folk-tales and until the midst 19th century it was believed to be the highest summit in High Tatras. German entrepreneurs found gold in its slopes in 15th century and gave better paid job to many locals. In 19th century it was the goal of national ascents of fathers of slovak national rebirth movement. It brings us a very unique heritage until now, often misused and misunderstood. Kriváň brings hope to us. Spe salvi, facti sumus.

I can see clearly

this is a beautiful mountain. The
"embodiment of hope" is when the sun
rises over the mountain, to begin the
next day. Thanks for the information, Tomas!

Re: I can see clearly

Yes, I agree, when the day begins in mountains, it is a wonderful "embodiment of hope". And another info - I ascended it 9 times to the date, more than any other peak. Greetings to Arizona from Slovakia! Cheers Tomas :)

You forgot to mention your beautiful girlfriend! Do you have photograph???
: - )))) !

My girlfriend is really beautiful. She is a member of summitpost, but I'm unsuccessful in persuading her to post more her photos (She was lifted to the Aiguille du Midi as a child). We have also some mountain plans for this summer. Cheers Tomas :)

What is 'lifted to the Aiguille du Midi?'
Yes, this is great! I just received some bad
news that my sister-in-law died in Utah. She
died not on mountain, but inside her home.
God bless you & your girlfriend.

"Lifted to the Aiguille du Midi" means that there is a cable car to the summit of Aiguille du Midi (3842 m) and my girlfriend went there using that cable car with her father years ago. It's simple :) I'm sorry for the passing away of your relative. May she rest in peace. Unfortunately, no good news from High Tatras. A polish climber died after falling 150 meters in the north face of Malý Kežmarský štít. I had a basic climbing course there before a month... Thank you for your wishes and God bless you and all mountaineers all over the world.

County Highpoints of the Kingdom of Hungary(List)