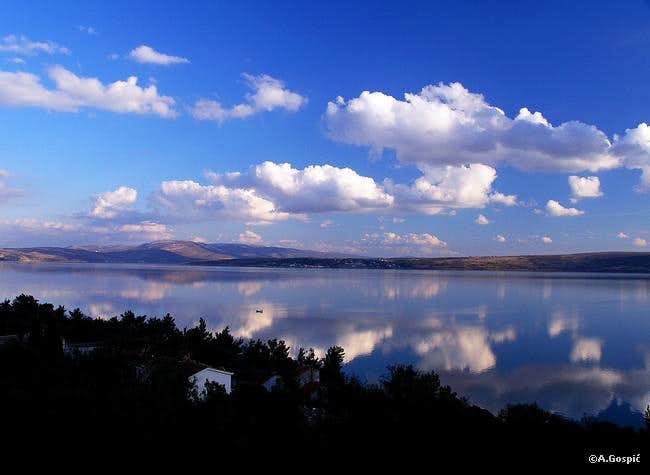 Lake like Novigradsko More (Novigrad Sea) used to be large karst field by the Zrmanja river. When sea levels rose, after the glacial period, it became a sea, over 40m deep. With Novsko Zdrilo (Novsko Gorge), which used to be part of Zrmanja river canyon, it is connected with Velebitski Kanal (Velebit Channel). Zrmanja now flows into Novigradsko More, which is placed below South Velebit (left, not visible) and here coast of Velebit ends. In the distance behind is Orljak (694m), small mountain in inner North Dalmatia.

What a clear atmosphere!!!

I very like this touch. Realy thanks for posting.