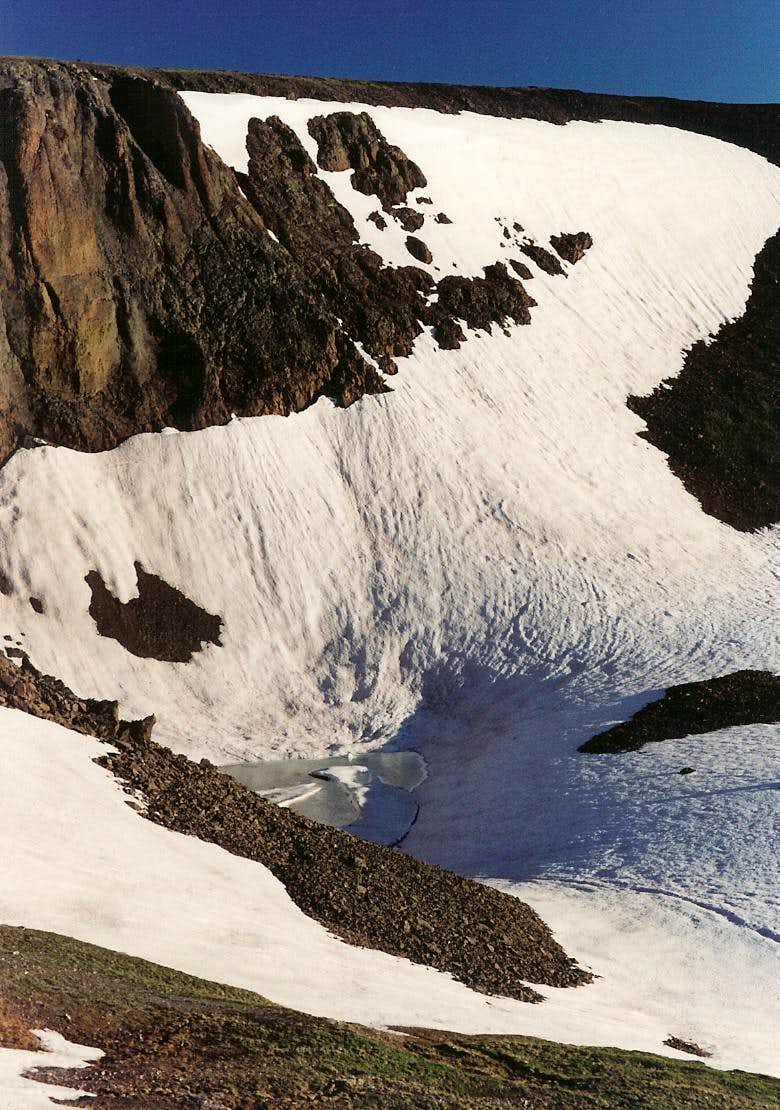 The Lava Cliffs are one of the more spectacular sights in the foreground from Marmot Point. In most years, they retain plenty of snow throughout the summer, even in summers such as 2003 when summer had most definitely come to the nearby Never Summer Mountains and melted almost all their snow by mid-August. This view is from Trail Ridge Road, taken the day after my brother and I hiked up Marmot Point. The small pond at the base is listed on some maps as Iceberg Lake. The snowfields are marked on some maps as a glacier, but this is really just a permanent snowfield. Rocky Mountain National Park, CO-- July 2004
« PREV NEXT »