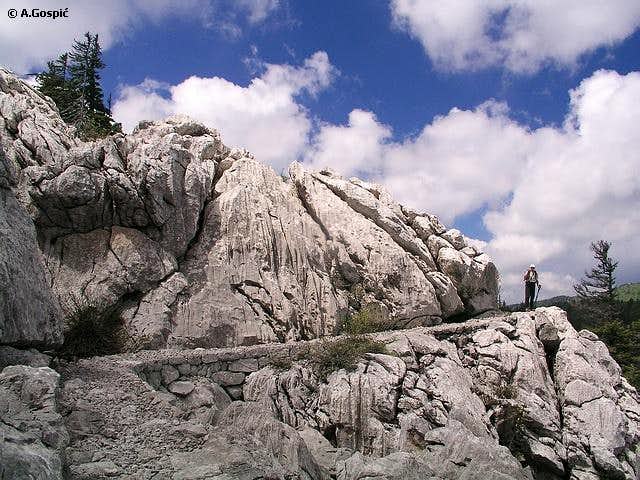 Legendary Premuziceva Staza path has been built between 1930-1933. Designer and mastermind behind the project was Ante Premuzic. He managed to get some money from the state and hired workers from the Velebit coast to build a path which will enable everybody to visit some of the most beautiful areas of North and Mid Velebit. Most difficult section was through the karts chaos of Rozanski Kukovi group, then untouched and feared area reserved for adventure seeking explorers. Passage through Rozanski Kukovi is most beautiful section of 50km long path which has breathless views on some of wildest areas on whole Velebit. This photo was taken somewhere between Zavizan and Rossijevo Skloniste refuge.

... most is the story that is behind a picture, i.e. when this path has been built, who designed it, why it has been done, who worked there, ...

With all these infos one can appreciate the picture and his desire to go there increases.

Thanks very much cedad! Yes, story behind this path is very important. It looks like this year Premuziceva Staza path will be declared as 'national history treasure/monument'! It is incredible how they built it then, when this was another planet in terms of accessibility. And one has to have in mind that work is possible only during 4 months in year. Even today, away from the path, this is impassable terrain without climbing gear and knowledge.