A selection of pictures of the great mountain film Les Etoiles de Midi (Stars at Noon) in which Lionel was the main character. A Film by Marcel Ichac - 1959 - Full Title: Quand brillent les Etoiles de Midi. (When the Stars shine at noon). Lionel not only was the main actor but the soul of the filming team: in charge of alpine scenes, he participated in the scenario, the choice of filming places, the selection of the other alpinists and he was in charge of the security of everyone.
The sky in the high altitudes where the film was made is of a blue so deep that the climbers can see the stars shine in broad daylight. hence the title of the film : LES ETOILES DE MIDI 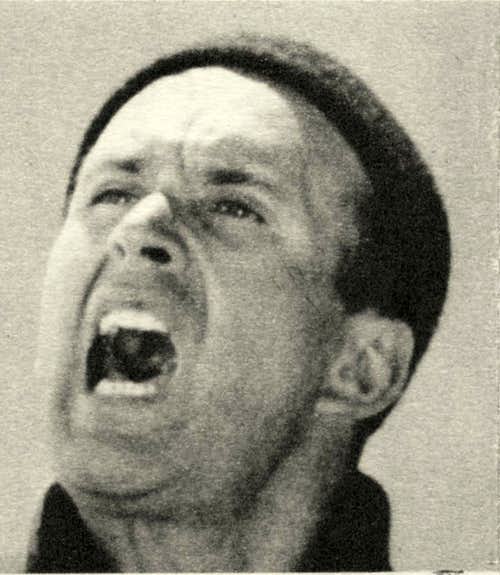 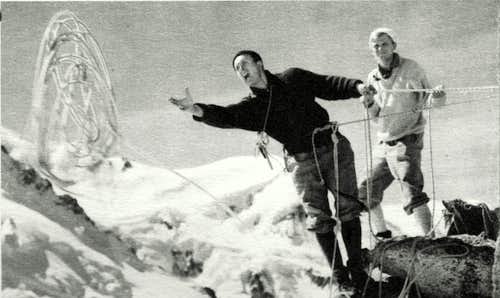 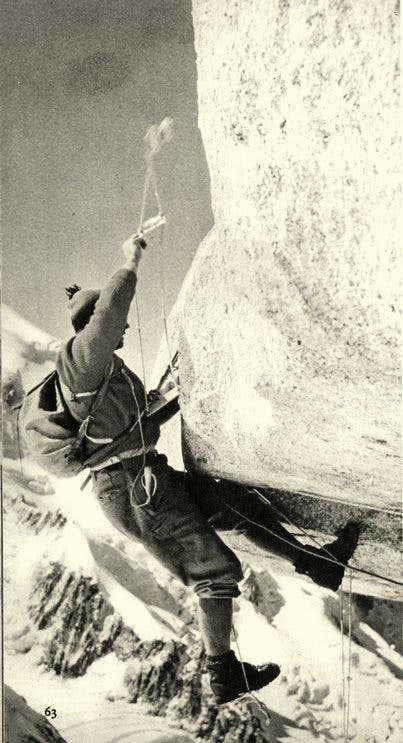 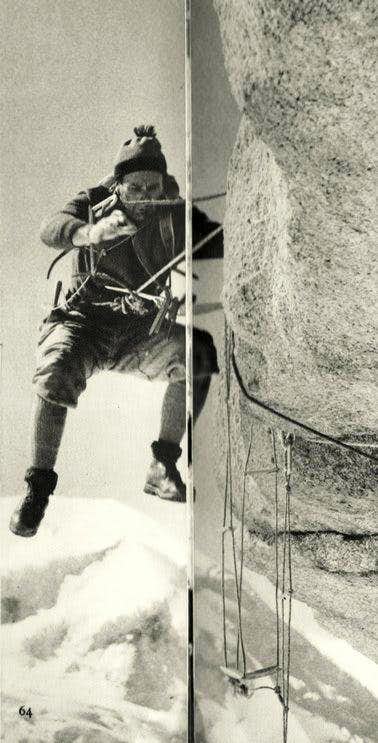 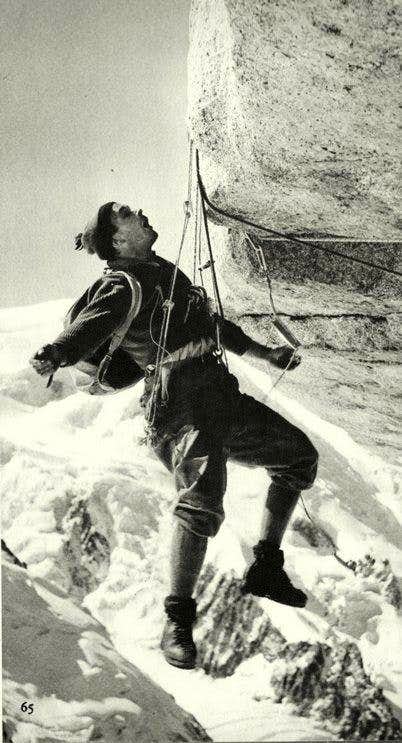 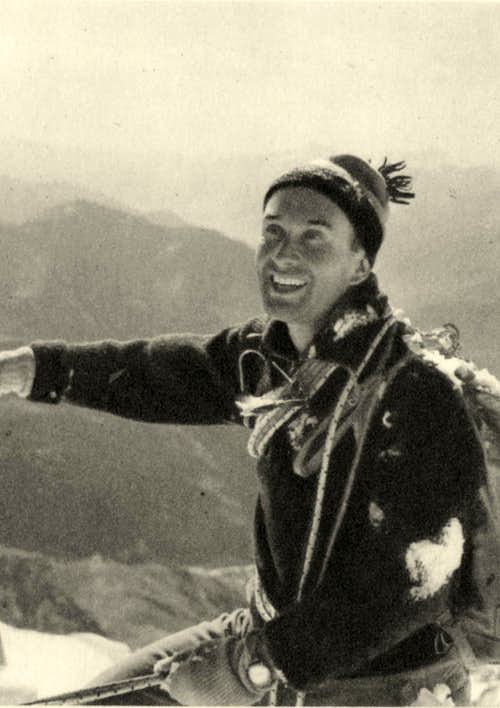 Lionel Terray smiling - The quintessence of an alpinist! 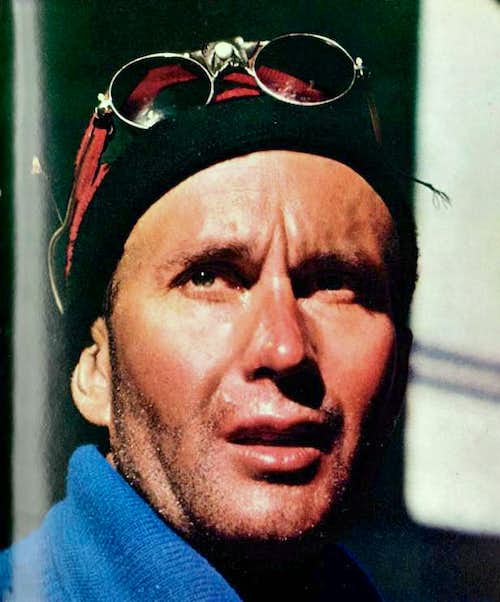 Lionel was a Star!