Lizard Peak rises in Sara Park to the south of Lake Havasu City, Arizona. It is officially un-named but is sometimes referred to as Lizard Peak because of a nearby lizard shaped geoglyph. The site referenced at the bottom of this page says that the geoglyph was created by Tim O’Connor and The Leaping Lizard Tribe. They apparently hand carried a picnic table to the top of the peak, hence the name Table-Top.

Well established trails climb the north and the south side of the mountain making it possible to go up one side and come down the other side. Beware that the trail on the north side has a small section that requires hand and foot climbing. The north trail also gives access to a short spur trail that goes to the lizard geoglyph (which is much better seen from the summit).

This hike can be combined with Crack in the Mountain and Pilot Rock hikes. 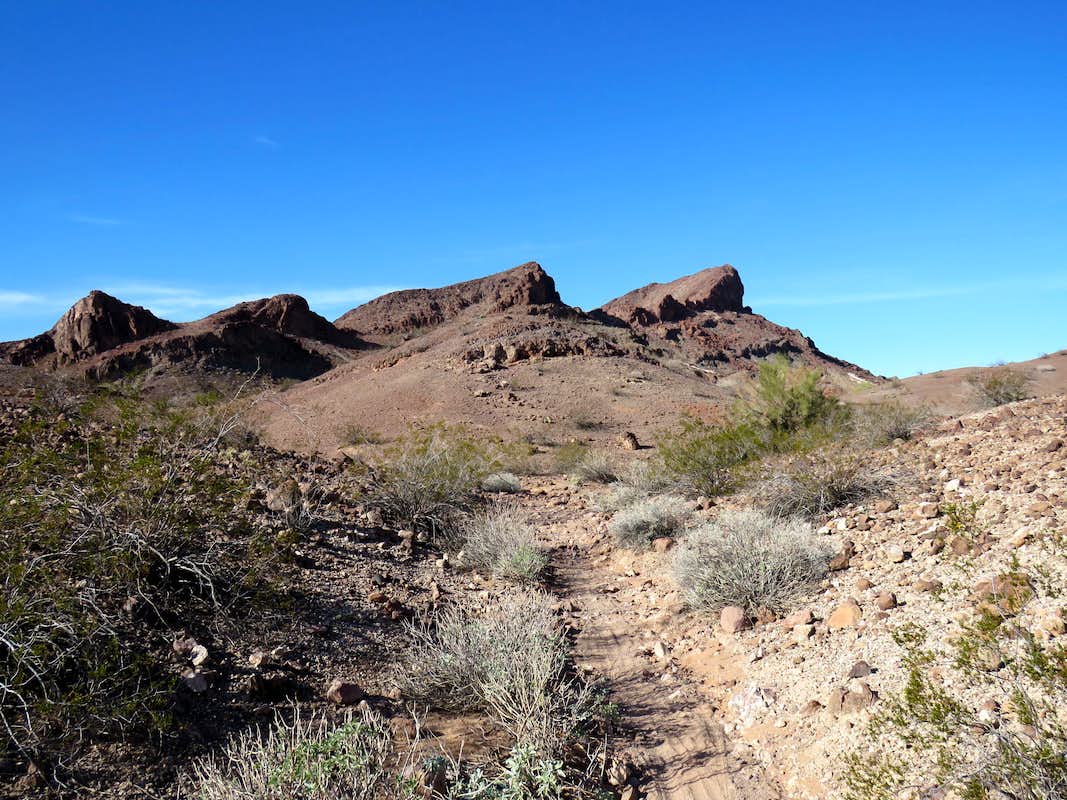 Trailhead Elevation: 850 ft
Low Point Elevation: 740 ft
Hiking Distance: 2.70 miles loop, up one side down the other

While the north and south trails were well established, I did not see any signs. There seemed to be trails/beaten paths going in every direction. To avoid confusion, I looked at satellite photos, chose my path and entered it into my GPS. See map.

From trailhead, follow the Yellow Trail for “Crack in the Mountain” for 0.6 miles then turn right onto the trail that will take you up the northern slopes of Lizard Peak. The east wall of the peak will be visible directly above. A spur trail will lead you to the Lizard Geoglyph. Ground view of the Lizard Geoglyph


After returning to the main trail, you will soon reach an area that requires hand and foot climbing. There were at least 2 steps each roughly 5-6 ft tall. A short section that requires climbing

After reaching the saddle with Point 1374 ft, the trail turns south and takes you up the northern slopes of the peak to it summit.

The south trail branches off of the Yellow Trail 0.75 miles after trailhead. It is a walk-up. Views from the south trail. The summit of Lizard Peak


Views from the Summit:

Late fall, winter and early spring is the best time to climb. Summer can be dangerously hot.