Looking down on a rainbow 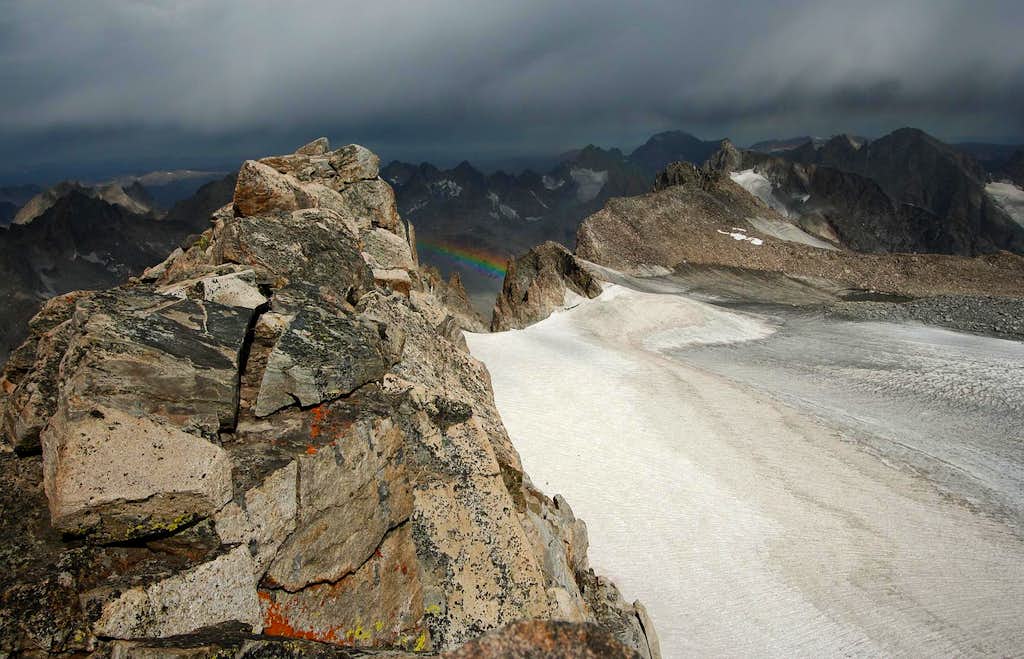 As we sat on the summit of Fremont Peak a small squall formed due west of us beyond Titcomb Basin. The weather pattern that day had tracked in a north easterly direction. We hoped this storm would move north faster than it moved east. Fortunately it did, and as a bonus we were treated to the uncommon sight of looking down at a rainbow. Gannett Peak, Wyoming’s highest point, can be seen in the distance. The Upper Fremont Glacier flows below us. August 14, 2007.
« PREV NEXT »

captures the fleeting moment so well

Thanks for the comment. The rainbow was there for about 30 seconds. I fired off 4 or 5 shots at slightly different compositions and settled on this one as my favorite.