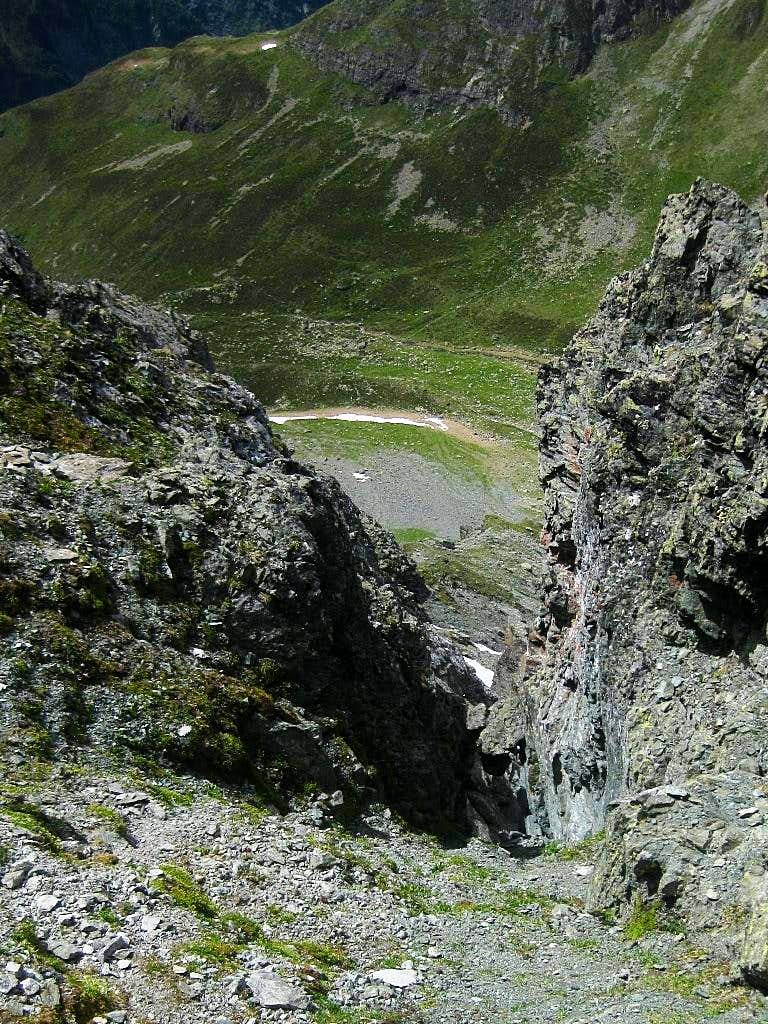 The Kapuzinerjoch (47.0126°N / 10.8952°E), also known as Rötkarljoch, is a saddle on the Rüsselsheimerweg, a high alpine hiking route in the Geigenkamm area. On the northern side, the slopes are steep and rugged, and here I'm looking back down to where I came from - not straight up that gully though, I stuck to the trail, which is a bit exposed at some points, but does not require any climbing. The route connects the Hauerseehütte with the Rüsselsheimer Hütte. I only hiked a small part of it: I started in the valley at Trenkwald (Pitztal) instead of at the Hauerseehütte and hiked up the steep trail along the Hundsbach; shortly after the stream peters out, the trail reaches the Rüsselsheimerweg, a little bit north of the saddle. Lower down, near Trenkwald, the trail is in the woods and views are somewhat limited, but higher up they are magnicifent. And the food at the Rüsselsheimer Hütte is excellent! 28 June 2012.
« PREV NEXT »

Taking the long way over the Geigenkamm(Album)