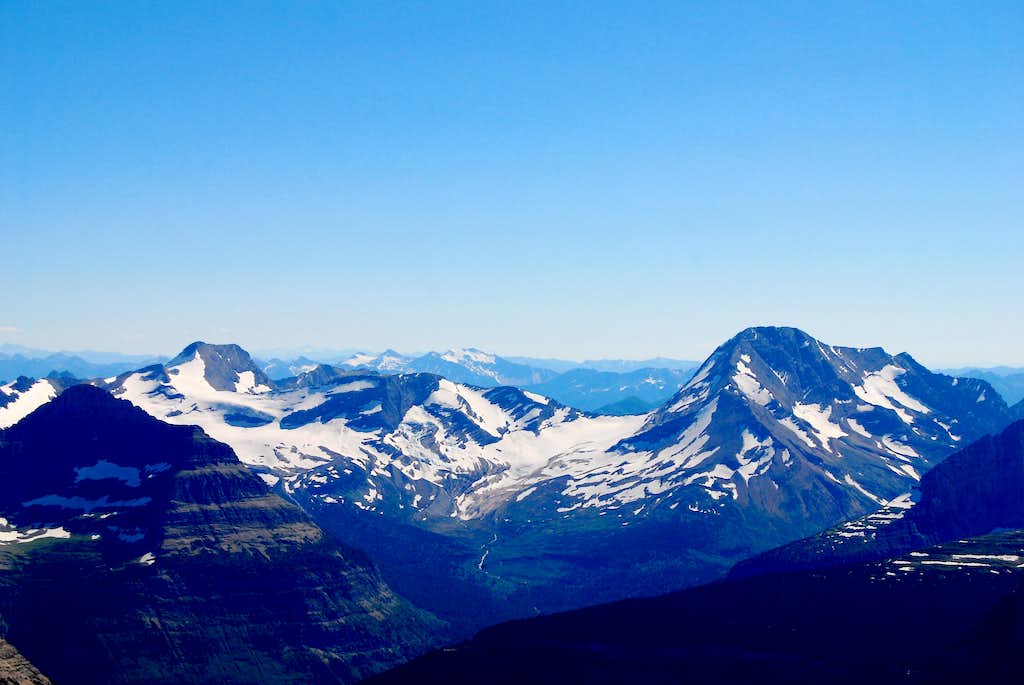 The Lewis Range extending to the south. To the right, Mount Jackson (10,037 ft.), one of Glacier National Park's six 10,000 foot peaks, dominates the skyline. The expansive snowfield consists of Jackson Glacier (immediately beneath Mount Jackson) and enormous Blackfoot Glacier, the largest glacier remaining in the park. Blackfoot Mountain (9,597 ft.) is on the left. The large, snow-covered mountain far off in the distant center is Great Northern Mountain, the largest peak in the Bob Marshall Wilderness that borders Glacier NP to the south. We had two friends who summited Jackson the same day we did the Skyline. By their account, they hiked to Gunsight Lake and camped, rose early the next day, and made their way up the long ridge that is clearly visible in this photograph. They alleged the route was very strenuous, although it required very little climbing and never got any worse than class 3. They were able to descend early in the afternoon and hike back out to the Going-to-the-Sun Road before dusk. August 4, 2008
« PREV NEXT »