Looking Up at the "Summits" 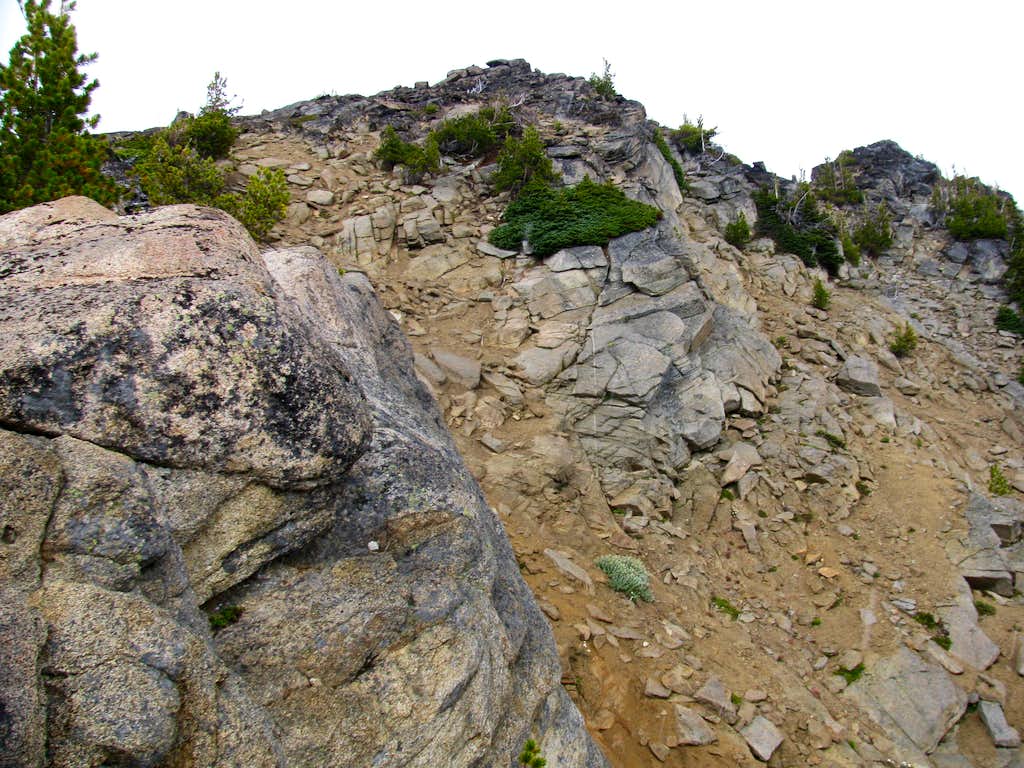 From this spot I worked my way around to the left, via less scree filled terrain - which is not shown in the pic, which made for an easier and more pleasant approach to the summit. After this though the scree was full force for the last stretch to the summit. Axis has three peaks along it's summit ridge. The middle peak is the summit at 7550'. The point in the center of this pic is the true summit, and the point to the right slightly lower. I wasn't 100% sure of this at the time, but after studying topo maps and pictures I took of the surrounding terrain, this is accurate. Axis Peak The Enchantments Alpine Lakes Wilderness - North Cascades September 3rd, 2016
« PREV NEXT »