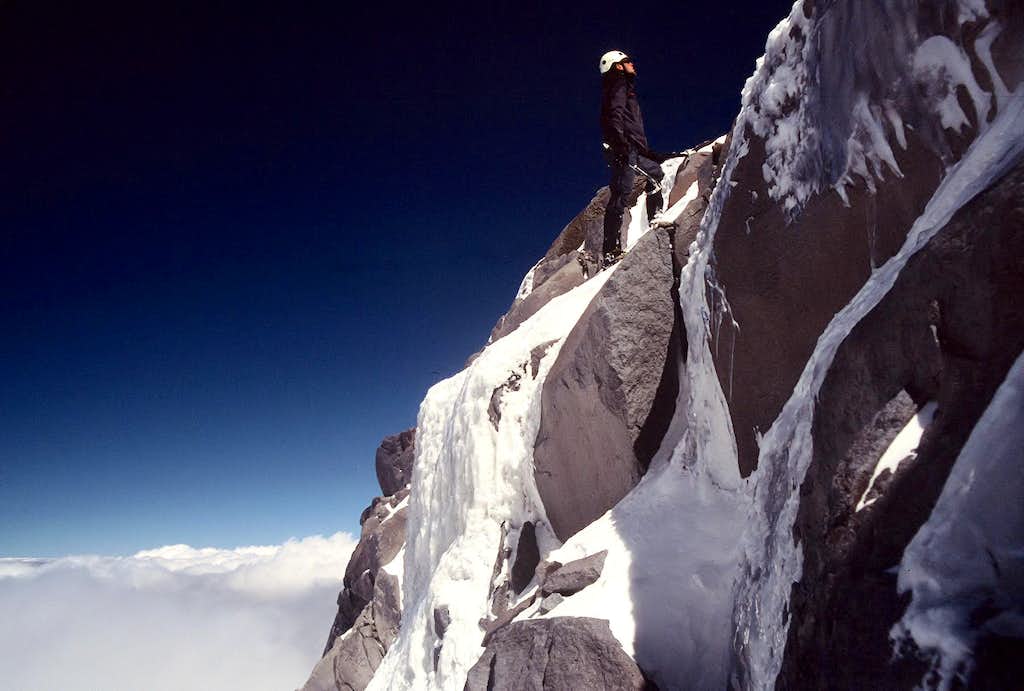 Lovely sense of a steep pitch on what is a fairly gentle mountain. So which route is this on?

Thanks,
It was lots of fun on such a gentle peak. Its located on a small series of cliffs we climbed as we left the standard Glaciar Jamapa to climb the Glaciares Orientales route.
Thanks, Kenneth

Ah, I wondered if it was - it looked somehow familiar. Unlike you, we didn't ascend the rocks, though we did make a traverse between the two couloiurs of the Glacier Este/Orientale as we went round the crater rim recently. It involved a bit of a climb down, but it looks like you had much icier conditions than we found.
http://www.summitpost.org/image/470397/150192/pico-de-orizaba-traverse-of-crater-rim.html
Cheers