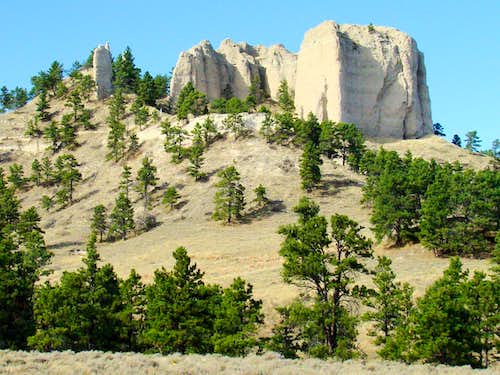 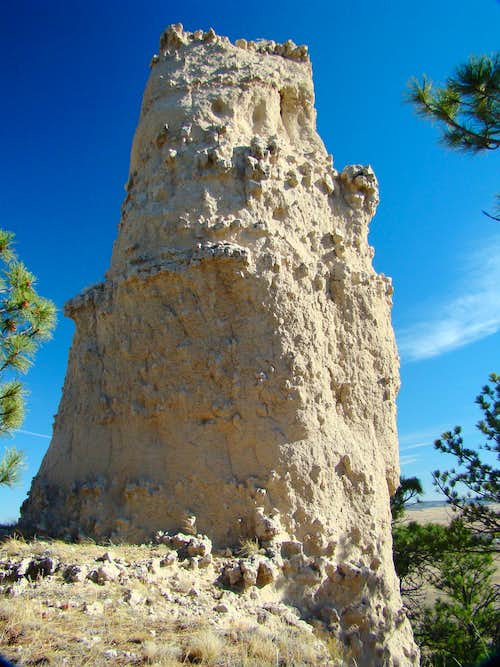 Located among many scenic landmarks at Nebraska’s largest state park, Lovers Leap is no doubt the park’s best climbing destination. While there are many steep buttes, rocks, and small peaks in western Nebraska, Lovers Leap Butte has the distinction of being first in average steepness, according to the National Elevation Dataset. There are a handful of other Nebraska summits that have steepness ratings not much less, but Scotts Bluff is the only other publicly accessible summit that could possibly contend for any of the other top honors in individual categories of steepness. However, unlike the paved and graded trail to the summit of Scotts Bluff, the route to the summit of Lovers Leap is a more rugged adventure, requiring some careful scrambling to reach the top. In many ways, this Lovers Leap is arguably Nebraska’s version of the Black Hills’ Little Devils Tower. The summit area of Lovers Leap is somewhat flat in some parts, which is rewarding to the climber that has labored up the route to the top. At the summit, the climber is rewarded with incredible views in all directions, since Lovers Leap stands higher than all the other summits nearby. 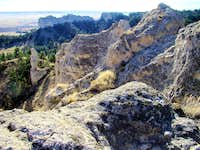 Summits with the name Lovers Leap are common around the USA. There is even another Lovers Leap at the opposite side of this same county! The local legend behind the name of this butte is similar to many of the others behind their place names. As the legend goes, a young Native American lady was in love with a brave from her own tribe. However, her father had made arrangements for her to marry a brave from another tribe, who promised a significant dowry. The young lady and her true love attempted to escape, but her father killed him. Distraught over his death, she sang the Death Song then she plunged over the edge of Lovers Leap to her own death. Lovers Leap is situated on the eastern edge of Fort Robinson State Park, in Dawes County. The history of the area was written in the lives of the Native American tribes that migrated through the region, then later by the trappers, ranchers, and soldiers that made the area their home. A visit to the park’s museums will offer an in-depth look at Fort Robinson Museum.

From Crawford, Nebraska, go west on Highway 20. About .5-mile past the White River Bridge next to the Legend Golf Course, you will see a small parking area on the right. Find a place to park, then climb over the fence (the gate there is almost always locked). You are at one of the trailheads for the Wagon Wheel Trail, which will take you on to the junction with the Lovers Leap Trail. 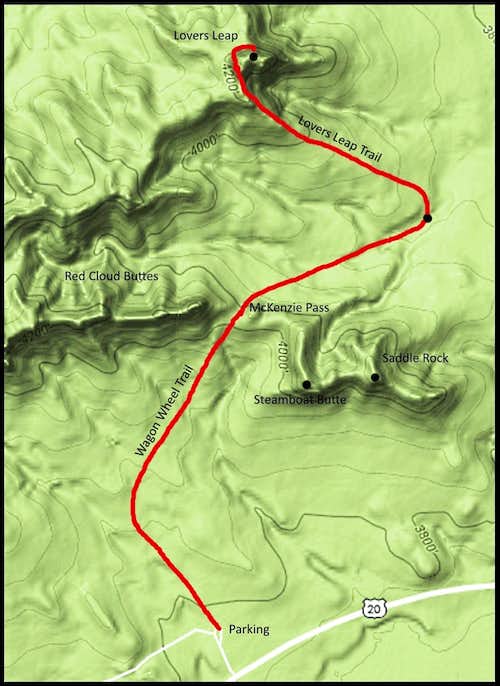 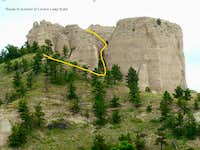 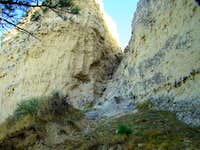 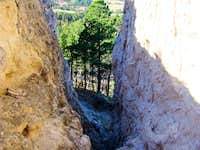 Once you are over the trailhead gate, look for the white post trail markers, which sometimes have small diamond shaped signs. Following them, you will head in a northerly direction until the trail curves to the northeast. The highpoint on this section of the trail is a saddle between Red Cloud Buttes to the west and Saddle Rock to the southeast. This is Mckenzie Pass. At McKenzie Pass, the Wagon Wheel Trail becomes a 2-track and heads in an east-northeasterly direction until you come to the Lovers Leap Trail. From here, you’re the Lovers Leap Trail goes northwest up a ridge to the southeast corner area of Lovers Leap. The trail in this section is single track and does not correspond well to the white post trail markers. It’s better to follow those markers than to get off-track on any of the game trails in the area. When you come to the sign at the junction of the Lovers Leap Trail and the East Red Cloud Buttes Trail, you will be near a rock pinnacle called “Grant’s Thumb”. If you wish, you can edge along the very steep terrain along the south face of Lovers Leap until you find the crevice route to the summit. Or, if you prefer an easier route, do not try the south face, but continue on the trail on the west side following the butte’s side until you come to a large crevice on the northwest side. This corresponds to the crevice on the south face. However, this is an easier climb. I have tried both, and this one is easier, even though it is still at least a Class 3+ route. The elevation gain from the trailhead at the parking lot takes you from 3,790 feet to 4,390 feet at the summit of Lover Leap. The one-way trail distance on the route shown is approximately 1.8 miles, with McKenzie Pass being a reference point at .8-mile. The state of Nebraska also has an interactive trails map that shows all other route options, including the best route which is shown on this page. You can access that map by clicking on this link: Nebraska Interactive Trails Map 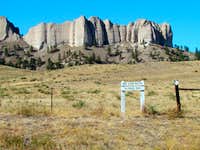 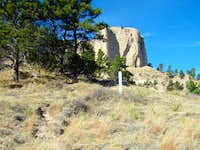 This is public land at Fort Robinson State Park. A state park permit is needed here, whether it is daily or annual. There are many horseback riders on the trails at certain times during the year. Hikers need to give right-of-way to the horse traffic. It will be to your benefit to also check at the office in regard to any current hunting seasons underway. If there are any, they will give you any advisories, which will no doubt include a request to wear plenty of bright orange. Campfires are strictly regulated by the state park, as are fireworks and firearms. There is no prohibition against carrying pepper spray, however. 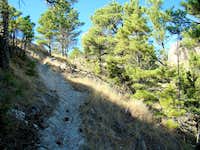 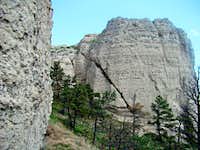 As always in this region, ticks are an ever-present nuisance and risk from March through August. Other risks would include occasional rattlesnakes and mountain lions. It should go without saying that it would be great folly to enter a pasture with buffalo or longhorn steers – both of which are found at Fort Robinson State Park. Weather can pose hiking and climbing risks also. Summer lightning and hail, or winter blizzards and ice make for very poor outings. For the latest forecasts and conditions, please check this link: Fort Robinson – Crawford Area Weather Forecast & Conditions 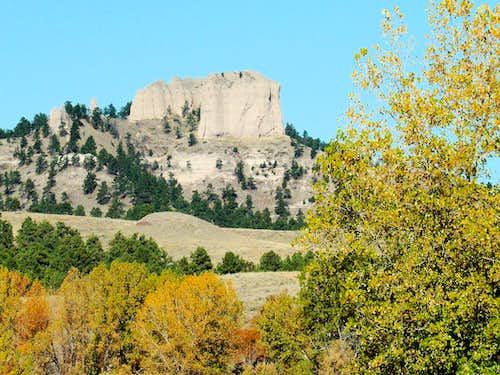 For more information, check out the links below: