Lynx Mountain is a mid-elevation peak located in Ferry County, Washington. With 1720' of clean prominence and an open summit, the peak has great views in all directions.

Located in the middle of the Kettle Range, the peak is rarely climbed by general hikers. Most people that visit the peak are hunters and people interested in lookout sites. Chances are that anyone visiting this peak will most likely not encounter any other people during the visit.

In recent years, Lynx Mountain might be most notable for having had several fire lookout sites. Located within the Colville Indian Reservation and with a line of sight leading down the Lynx Creek valley towards the tribal community of Inchelium, the peak was an ideal choice for fire watching in the region.

The first fire lookout built on the peak occurred during 1926, when a log cabin was built for fire watching. The location of the log cabin was desirable because in the absence of trees it would have had a direct view to the southeast towards Inchelium. Recently, surrounding trees now obstruct that outward view. In the event of a fire, the fire watcher would walk up to the true summit of the peak, using an alidade to pinpoint the exact location of a fire.

During 1932, only six years after the log cabin lookout was built, a frame cab lookout building was constructed on the western ridge of the peak. This new lookout expanded potential fire watching up the Lynx Creek drainage as well as the remote interior areas of the region. During 1938, only six years after the western lookout building was constructed, a 33'-tall all-steel MC-40 Aermotor lookout tower was built on the true summit of Lynx Mountain. The tower was used for 14 fire seasons, until being abandoned during 1952.

Of the original lookouts, only the 1926 log cabin still remains standing on the mountain. Much of its roof has collapsed inward and the cabin was nearly obliterated when a tree snapped next to it and fell alongside it rather than through it. The cabin is an interesting site rich in historical value. Some old regional maps refer to the cabin as a "lookout house." 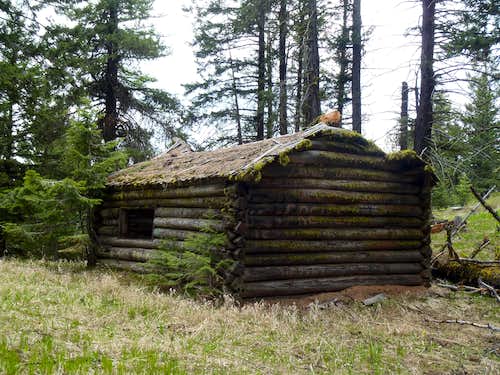 Lynx Mountain Lookout Cabin
This cabin is a prime example of a lookout which has been largely ignored and neglected over the years. Of major lists and resources dedicated only to lookouts still standing at their officially used locations, not one of them included the Lynx Mountain Lookout Cabin site until after it appeared on the Washington Lookouts list maintained by SP member gimpilator during the Summer of 2014.

During the Autumn of 2014, after learning verification of the cabin's existence from the forementioned list as well as people such as SP member Redwic, some resources started adding the cabin site to their lists of lookouts still standing at their officially used locations. A few resources erroneously refer to the cabin site as "Lynx Creek" but that name designation is actually a reference to the tower site which once stood at the true summit above the "Lynx Creek" USGS Benchmark disk embedded into the summit rocks. The "Lynx Creek" USGS Benchmark/designation did not appear on the peak until 1936, ten years after the contruction of the lookout cabin and two years prior to the construction of the summit lookout tower.

The recommended approach is via access roads on the north and west sides of the peak, leading up the Sitdown Creek and Johns Mountain Creek drainages as well as the western slopes of Lynx Mountain.

As many of the approach roads are unnamed, GPS coordinates are included:
STARTING FROM THE COMMUNITY OF INCHELIUM:
1) Intersection of County Road 3 & Bridge Creek Road/Twin Lakes Road/County Road 2: N 48.29725 W 118.19659

8) East/Left Turn in Area 7 (Point 5305T, Summit Ridge Saddle): N 48.37183 W 118.43443
*** After the road bends (north of Point 5305T on maps), the brush on the side of the road has started to take over the roadway. A high-clearance 4WD vehicle might be able to continue driving but with many scratches. It is recommended to park near the road-bend and hike the road from there; going to the true summit would only be two miles & less than 500' gain roundtrip. *** 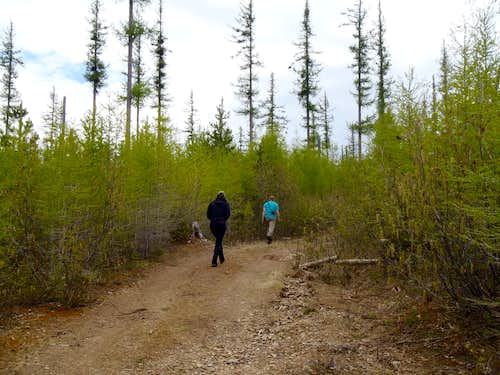 Starting To Walk The Road...

IMPORTANT: Nearby slopes along the approach have encountered logging activities, which can change road access and driving routes without notice. Only a high-clearance 4WD vehicle is recommended.

1) From the arrival at the lookout cabin, turn left (north) and go uphill.

2) Once a massive rocky pinnacle/hill is encountered, traverse around the right (east) side of the hill. There might be remnants of an old abandoned path which used to lead to the former lookout tower at the true summit. 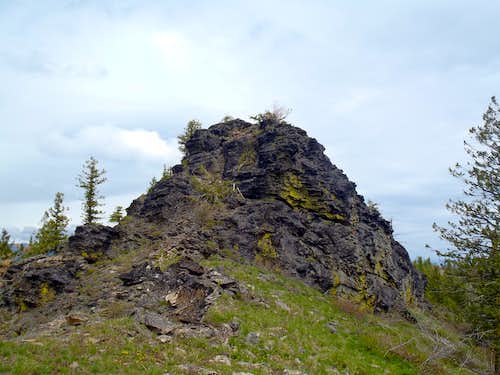 3) Once beyond most of the hill, turn uphill and hike steeply up to the rocky summit. There might be some very minor Class 2 terrain to reach the top, depending on ascent path. 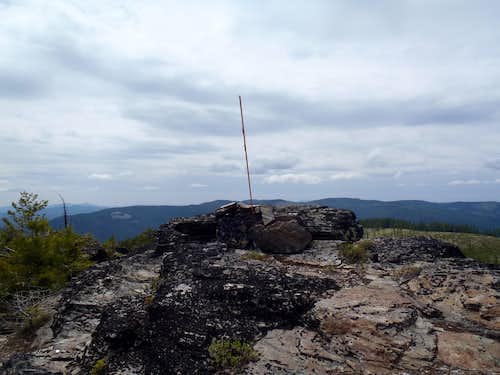 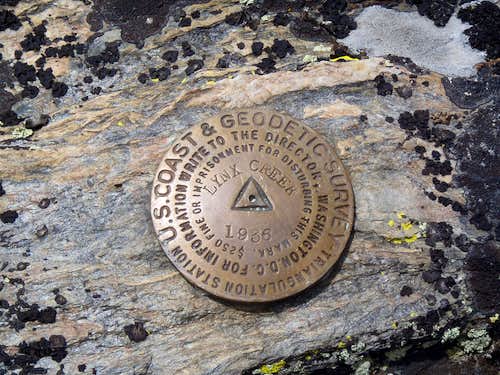 There are no permits or fees for visiting Lynx Mountain.
In general, the Colville Indian Reservation requires a "Leave No Trace" policy for any recreational activities.

Considering this peak lies within Colville Indian Reservation, access and permissions might be revoked or changed for non-tribal members at any time. Please respect all rules and regulations.

The optimum time to visit this peak is between May-October.