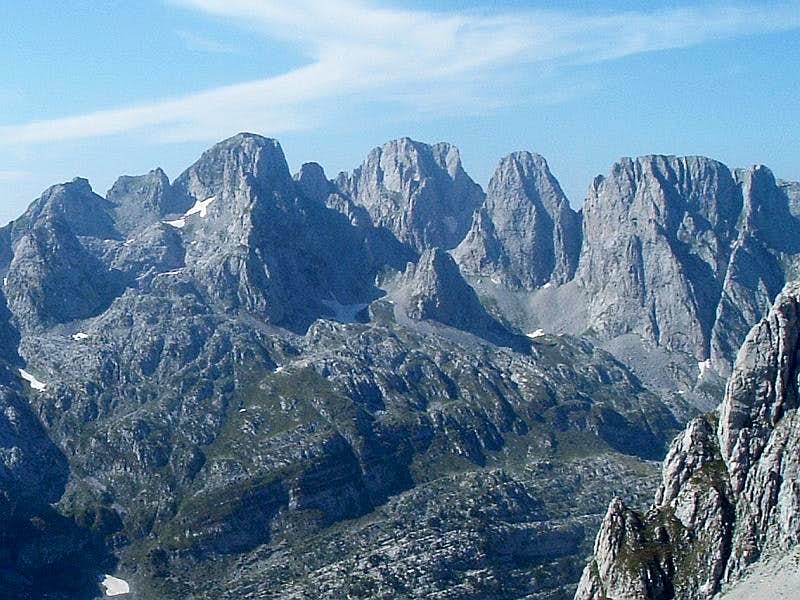 Zoomed closeup of SE faces of Maja Shkurt (left), Maja Lagojvet (middle) and 2 unnamed peaks. The M.Lagojvet face consists of two distinct parts separated by a shadowy depression. Each part falls from each of the summits, western (main) and eastern, respectively - it was confirmed by the summit view during the first ascent on 31 August 2009 (from the north). Photo taken from below the summit of Qatat e Verlla in August 2006, the full view is here.
« PREV NEXT »

Re: Excellent pic as well!

Thanks a lot Eric!