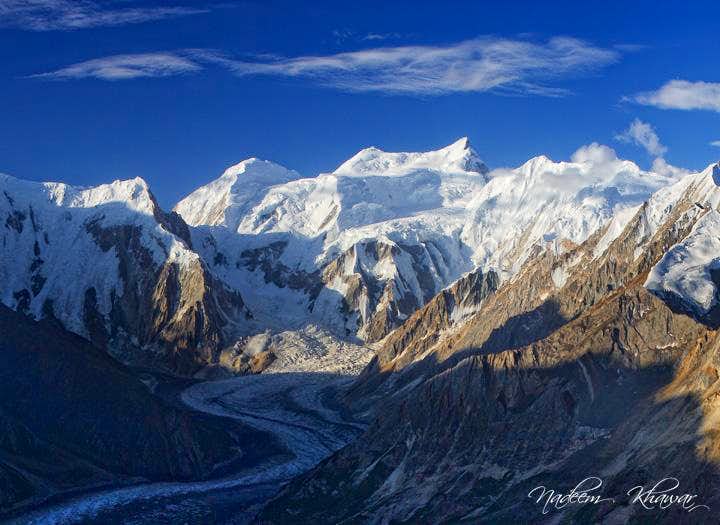 Malubiting (also known as Malubiting West) is the second highest peak in the Rakaposhi-Haramosh Mountains, a subrange of the Karakoram range of Pakistan. Malubiting was unsuccessfully attempted in 1955, 1959, 1968, 1969 and 1970 and 1971 before the first ascent in 1971. In that year an Austrian team led by Horst Schindlbacher reached the summit via the Northeast Ridge, ascending the North Peak and skirting the Central Peak on the way.
« PREV NEXT »