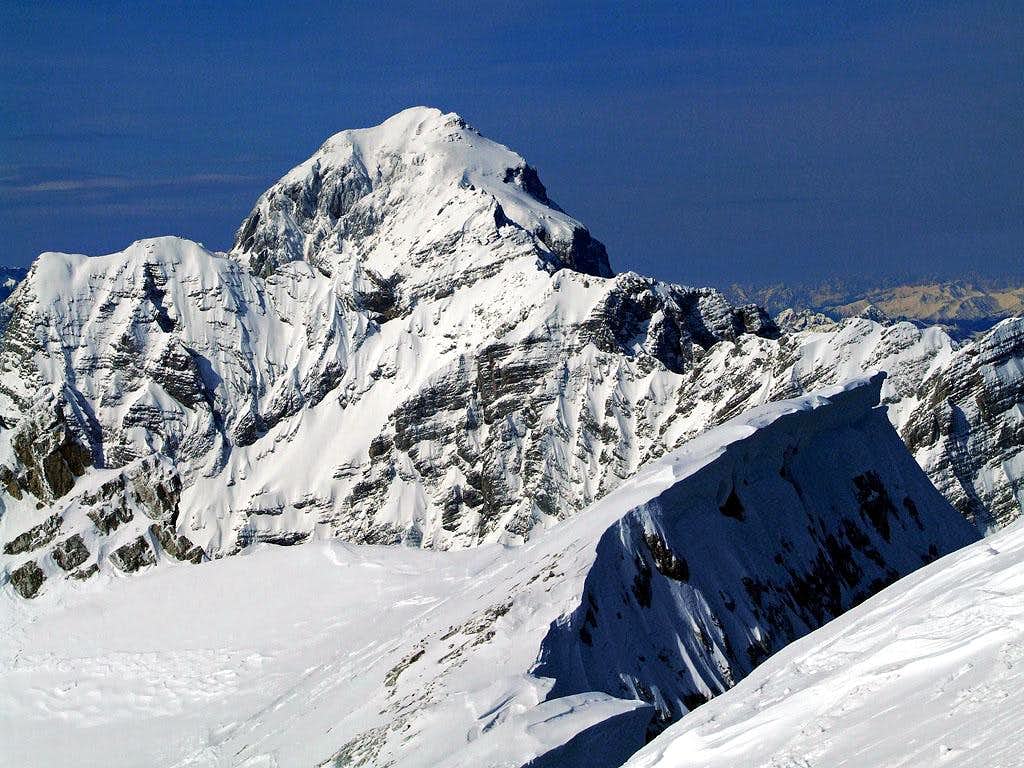 Seen from Mala Mojstrovka, the summit of Mangart is rising above Ponce - Kotova spica crest. This crest is not seen clearly, in front of Mangart summit is Vevnica. Right behind are Hohe Tauern.
« PREV NEXT »

Thanks, Florian!
I'm just waiting when Sasa Gospic - Velebit will post his pictures. We were together up there and he is so much better photographer than me :)

we will see if better pics are possible !)

Do you know for the tragedy, which happened a few days after this picture was taken? Two young climbers attempted SE face of Mangart just on the last day before a severe weather deterioration. They couldn't come out, called for help and the climber who did the route first navigated them out. They reached the top and were advised to descend immediately. But they didn't. Next morning a lot of fresh snow was on top, storm, no visibility... Help was not possible, they were advised to dig a hole in snow. But again they didn't. The next day helicopter came, but found the older climber already dead. There were no traces of the youngest. He took two tools and rucksack. Next days were again bad, help was not possible, on some flights with helicopter they again found no traces. Also when the first crew came from a helicopter on top, they found nothing. The body was found several weeks later above the valley of Koritnica.

I have heard about that tragedy, my friend from Maribor told me about that. Very sad!

I was looking Mangart from Mojstrovka, but had no such a clear view!

Thanks! So, you will come again ;)