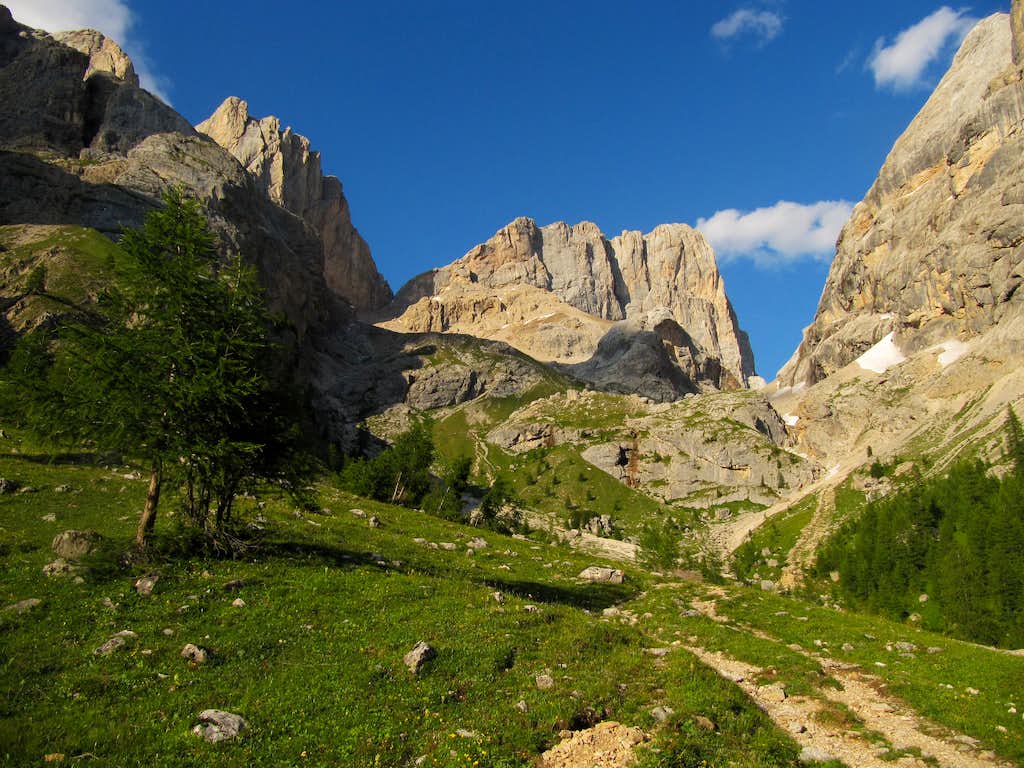 The grand Marmolada South Wall (3345m) as seen from the trail just above Rifugio Contrin. At the left Gran Vernel(3205m) & Piccolo Vernel (3092m) are visible, at the right Cime d'Ombretta (3011m) In the saddle between Piccolo Vernel and Marmolada is Forcella della Marmolada (2896m), the starting point of the West Ridge Via Ferrata to Marmolada's summit. Both routes (one from north, one from the south) come together there. Most people go up from the north side of the mountain, because of the cableway that shortens the ascent. We took the more quiet route from the south, from where this photo was taken. CLICK to enlarge... Val Contrin, Dolomites, Italy, july 2011
« PREV NEXT »

Hi Eric,
Thanks again for your nice comment. I took the pic when the sun was setting, this always gives the best colors to a photo.
Cheers! L.

Thanks Pete,
I can really recommend the area!
Lodewijk

This is a beautiful picture, it makes me wish I were able to get out into the mountains more. This helps ease those feelings. Thanks for sharing!

You are very welcome!
L.