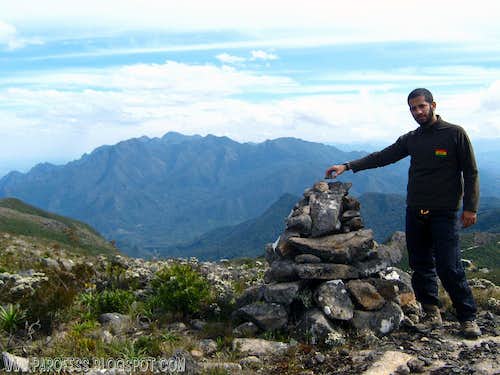 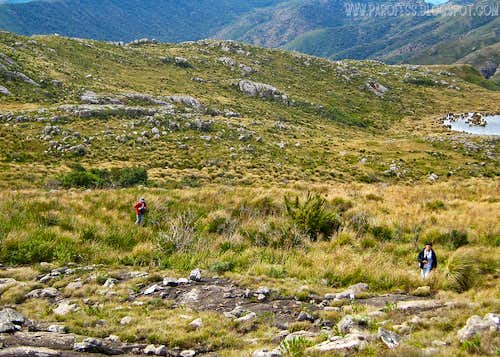 Tacio and Paula close to the summit.
Massena Peak is a big rocky mountain beside Alsene Camping site (Currently closed), inside Itatiaia National Park, Brazil. Most of the brazilian mountaineers who use to camp at Alsene sometime at their lives will reach that summit. Easy (about 1.5 hours from the campsite)and with a great view to Agulhas Negras Peak.

The campsite isaround 2.350 m high and its summit its 2.609 m high, which makes it the 16th highest summit at Brazil.
Mostly overlooked by our mountaineering comunity, people hike Massena Noroest instead of Massena Peak, which is slightly lower than Massena itself by about 70 feet, plus, not listed as a mountain here in Brazil because of its prominence.
Either way, Massena is listed and high for brazilian mountain altitude levels considering the highest peak of my country is only 2994m high, not even 10.000 feet. Massena bravely reaches over 8500 feet, fair enough. :) 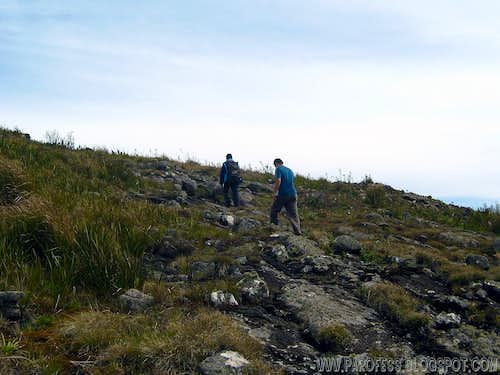 Hiking up.
By bus

There is the point: Once you get to Itamonte, it is hard to find transport to the park entranace. But there's some taxi drivers that know the park and can take you up to the park, and that's gonna cost you around R$ 100,00 (about US$ 55.00).

Now the better part, since that mountain is inside the limits of the park but its trail is outside, you don't have to register at the military office.

To this mountain, you must follow the road just outside the limits of the camping for about 200m, on the left side of the road there's a small campsite. Enter the camping and look for the trail which will be very easy to find at the left flank of the mountain. Just follow the cairns and the markings all the way to the top. Amazing sunset view from the false summit. 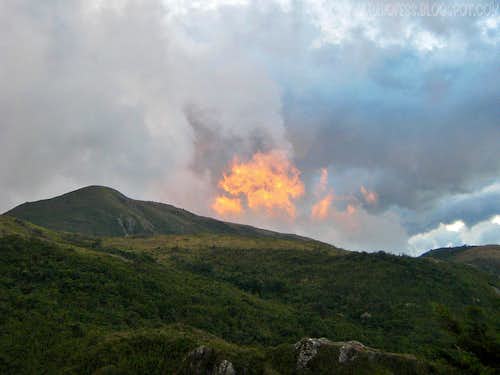 Fire cloud close to Alsene campsite
Camping inside and outside the park is strictly forbidden and strongly fiscalized, don't even try that. There's is a camping site called alsene 2km outside the park down the road, but it is closed now for crimes against the flora, bastards!
I recomend to stay at some cheap hotel at Itamonte (R$ 50,00 - around uS$ 30.00).

PS: You don't have to camp for this summit, it is easy, fast. 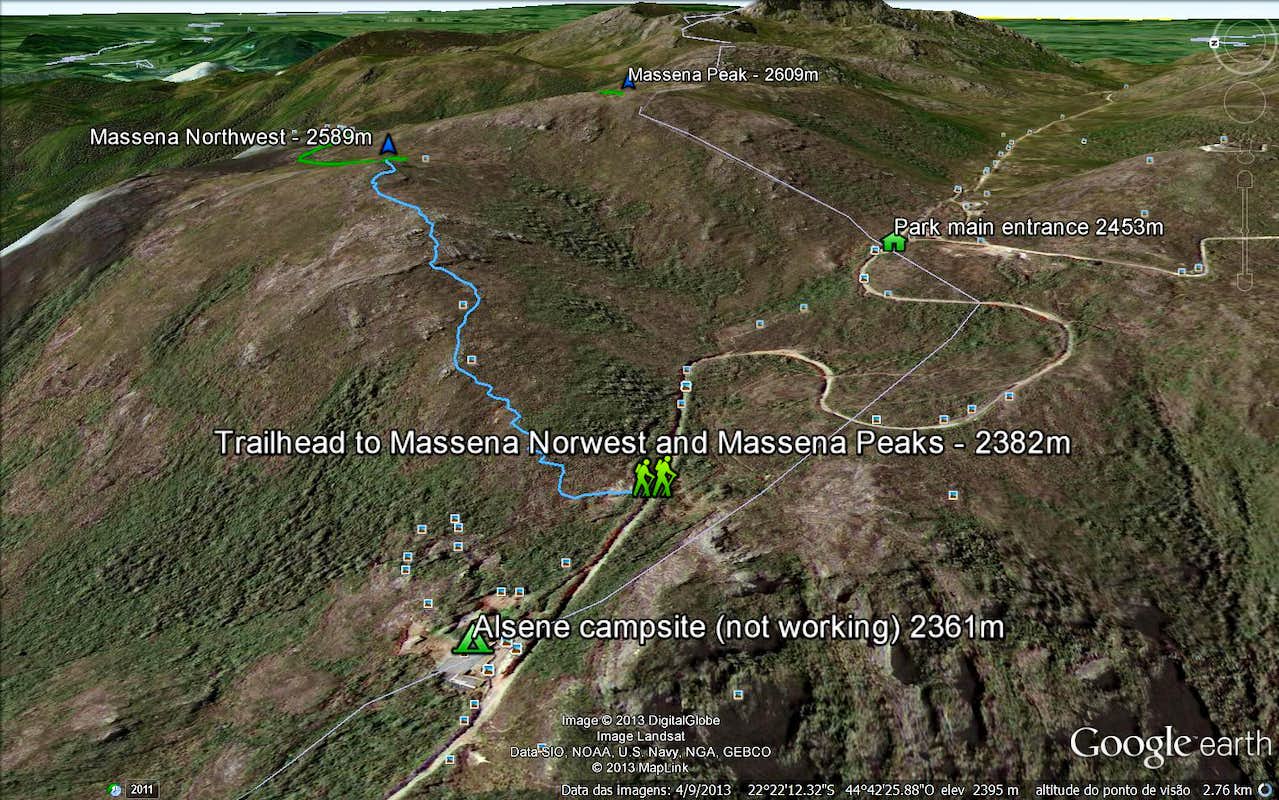 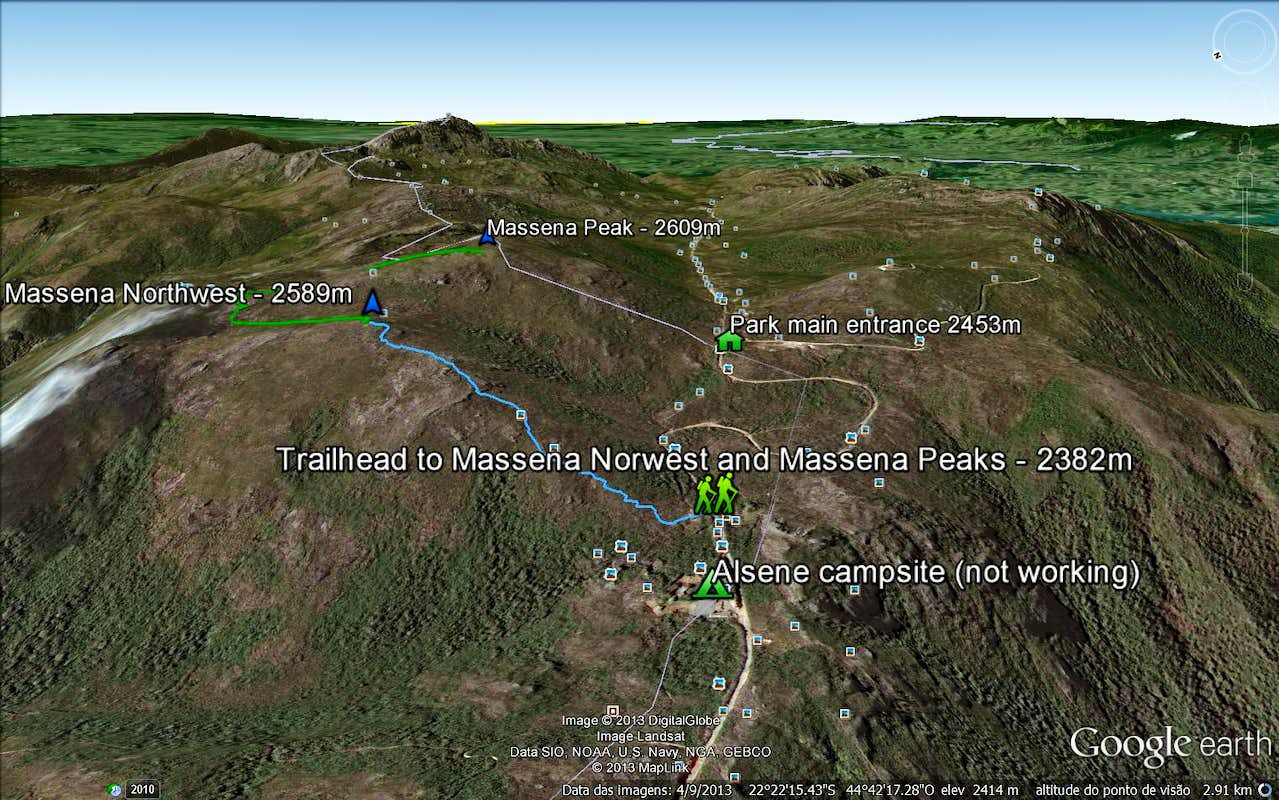