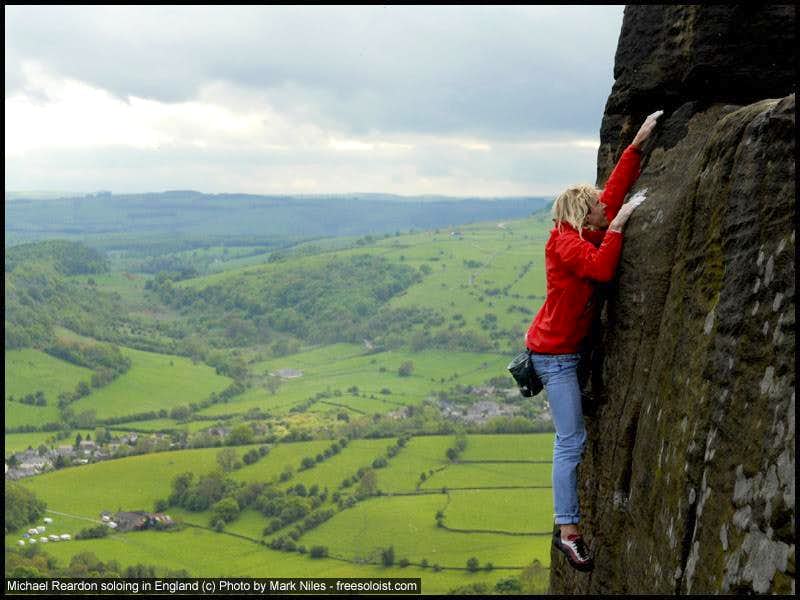 Michael and I went to the Grit in England last summer and landed in the midst of a monsoon that blasted us every day we were there. However, the rain doesn't soak into the rock, instead it seeps off the top and when the winds kick in, dries almost immediately. Two days of playing in this area, and Michael started testing the sticky qualities of the rock, and before long, started pulling on slopers and getting higher off the ground. The Grit is some of the most stunning rock with enough routes to keep a climber happy for several lifetimes.
« PREV NEXT »
Mark Niles
Image Type(s): Rock Climbing,  Bouldering
Image ID: 281778