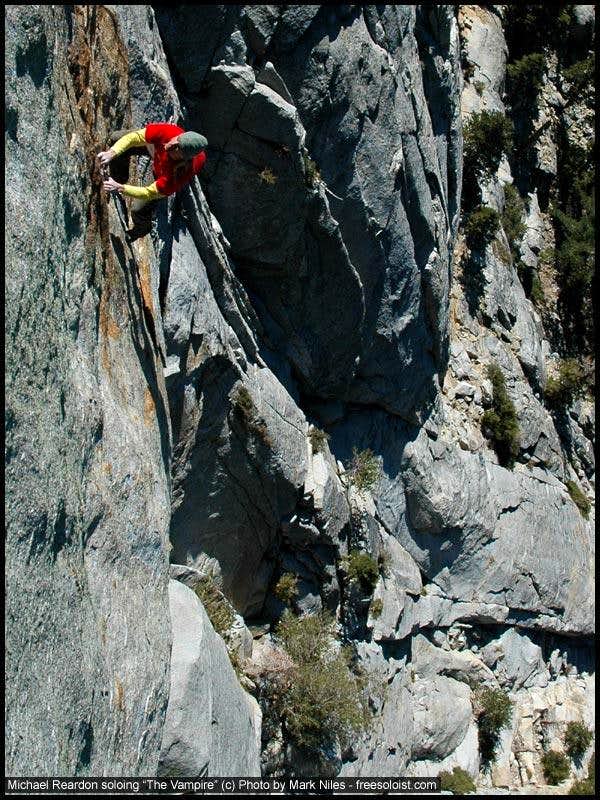 I've been climbing with Michael for fifteen years and watched him solo some hard stuff, but when he told me about the Vampire (5.11a) at Tahquitz, CA, even I had a hitch in my throat. The route isn't physically hard for someone that trains for it, but is mentally intimidating because of the micro-crimps, thin smears, and exposed position on a headwall that can be seen for miles around. However, watching Michael solo through the crux, I truly understood that he solos for himself and no one else. He was completely at ease with the exposure, making jokes and talking with me as if both of us were tied in. Since then, he's gone on to solo this as part of his circuit at Tahquitz.
« PREV NEXT »
Mark Niles
Image Type(s): Rock Climbing,  Bouldering
Image ID: 281780