Moffit Peak and Gold Hill are two little known and visited peaks in the Uinta Mountains. These are small mountains by Uinta standards, but the good news is that they get ignored and so solitude is easy to come by. Gold Hill, at 10,563 feet, is the highest named hill in Utah. Both peaks are have interesting and little known routes, and there are no trails at all in the vicinity. The peaks are usually surrounded by wildflowers and some nice meadows. Both peaks offer great views of the Wasatch Range, High Uintas Wilderness Area, and Whitney Reservior. 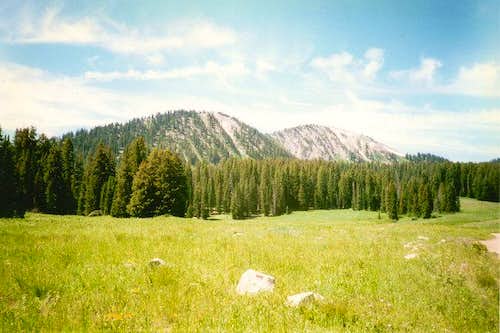 There are two main access roads into this area. The first is the Whitney Road. The Whintney Road is marked with a sign-post and is branches west off Highway 150 43 miles east and north of Kamas or 35 miles south of Evanston. This graded gravel road is good for all cars. From Highway 150, follow the Whitney Road west to the junction with the Whitney Reservior Road. This junction is just after the bridge that crosses the West Fork Bear River.

If Moffit Peak is your destination and you drive a car, continue west on the Whitney Road to Moffit Basin. The road you want heads south and then east up a hill. At the beginning of the road is a "nature" sign. The road climbs the hill and then gets rough just over the top of the hill. Any car driven with care can make it to this point (in good weather). After the top of the hill, the road then becomes a 4wd track and heads southeast to Moffit Pass. A 4wd road continues west from Moffit Pass to Weber Canyon, but the gate is always locked just west of the pass. Moffit Pass can also be reached from Whitney Reservoir. Follow the Whitney Reservior Road and then take a right after about two miles (from the Whitney Road). The road stays above the reservoir on the west side. Turn right again at the sign for Beaver Lake. A 4wd track heads west from Beaver Lake to Moffit Pass. Beaver Lake can also be used to start the hike to Moffit Peak.

The Gold Hill Road is the other main access road into this area. This road is suitable only to high clearence, low geared 2wd's or to 4wd's. The Gold Hill Road starts about one mile south of the Whitney Road turnoff (see above) and is about 42 miles from Kamas or 36 miles from Evanston. A sign marks the beginning of the road. Follow the sometimes rough road west, staying on the main road until Gold Hill Pass. This is one possibility for starting the Gold Hill hike. The road continues east to Whitney Reservoir and crosses the West Fork Bear River near the reservoir. If you want to reach the reservior however, the best way for a car is via the Whitney and Whitney Reservior Roads (see above). 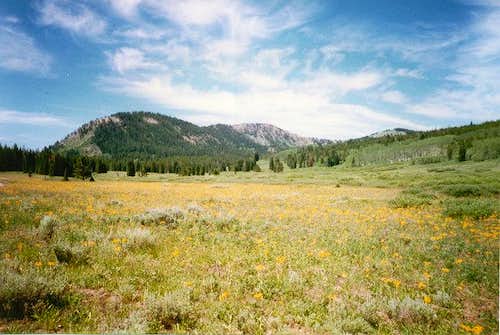 The easiest route is via Gold Hill Pass, but Gold Hill is fairly easy to climb from almost any direction and there is no boulder-hopping (a pleasent change from almost all the other peaks in the Uintas) involved on any of the routes. Other good routes to the peak are from Whitney Reservior, or from the large meadow east of Gold Hill Pass and near Mill City Creek. This is just west of where the Gold Hill Road crosses Mill City Creek. See the respective route pages for details. 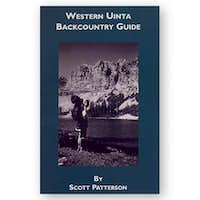 There is now a $3 per day use fee for parking along Highway 150. There is no further red tape.

Highway 150 usually is plowed of snow sometime in June, but sometimes opens as early as Memorial Day or as late as July 4th. The road closes sometime in October, and always after November 1st. The Whitney Reservior and Gold Hill Roads are open for an even shorter period of time; from late June to September or October.

July through September is the normal hiking season.

There are no campgrounds in the immediate area of the peaks, but there are plenty of campsites. Whitney Reservior is a popular place to camp and fish. Other sites offer more solitude.