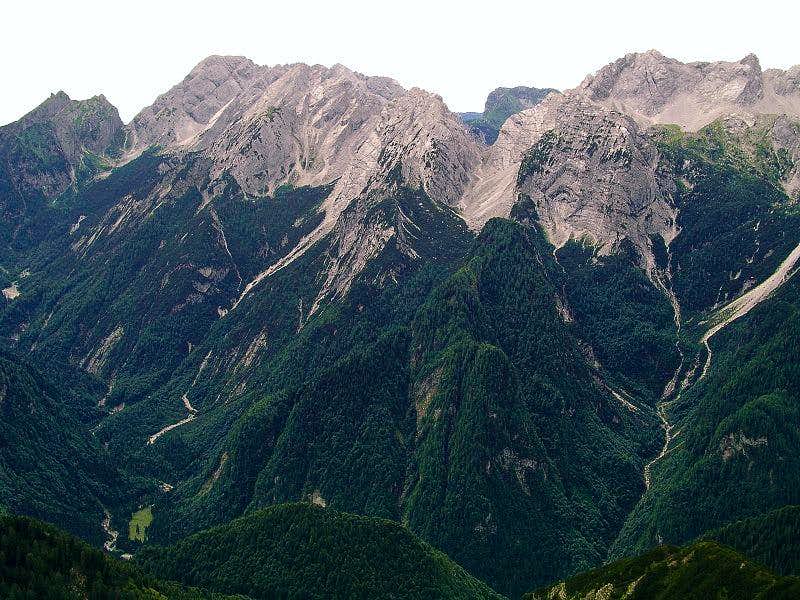 This is the NE part of Monte Cornaget Group, seen from just below Monte Pramaggiore. The highest summit is more towards the right. Just on the left there's Monte Burlaton, then comes the high summit of Monte Caserine Alte, 2306m. Peaks right of the notch (Forcella Pregoane)already belong to the narrow Monte Cornaget massif. The meadow below is near Rif. Pussa in Val Settimana. August 7th, 2006.
« PREV NEXT »