More from the Smokies coyote 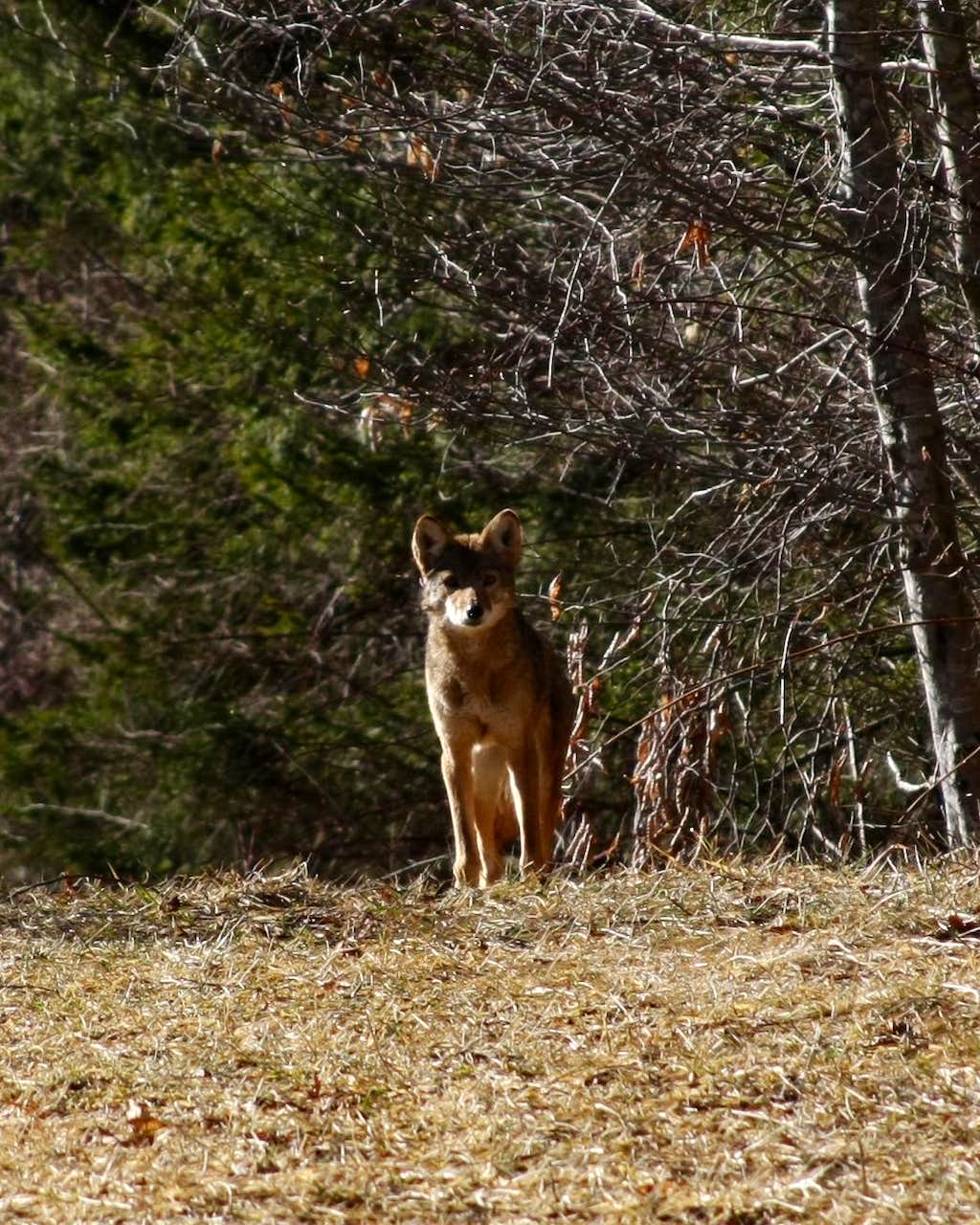 Coyote near Appalachian Trail in Great Smoky Mountains National Park. Photo taken February 3. Sort of unusual to see a coyote in the open during the day, but he seems very healthy. He slowly walked away after about 20 seconds.
« PREV NEXT »

coyotes are more often heard before seen. You have some great photos from the Appalachian area! Very outstanding job catching these moments with your camera !!!
- Larry

Thanks Larry. It seems like the coyotes in the Southeast are much less vocal (at least from my observation) than their Western counterparts. Their numbers are definitely growing here. I see more and more of them every year -- both in the mountains and in the surburban/urban areas.

Great photo!Can they be dangerous for humans?
Lodewijk

Coyotes are not dangerous to humans. They prefer a diet of small mammals like rabbits and rodents. They receive negative coverage when they sometimes stray from their typical diet and target livestock or small domestic pets. They are a very smart and elusive animal and they are gradually taking back much of their former range in the Eastern United States -- which I like. Thanks for the comment.

While they're not typically dangerous to humans, they have occasionally been known to kill people. Last year a young woman was killed by coyotes in a provincial park in Canada. I forget which park...but just across the US/Canadian border as I recall.

But, yeah, they're generally harmless and I like coyotes. They've filled the niche here in the south formerly belonging to red wolves.