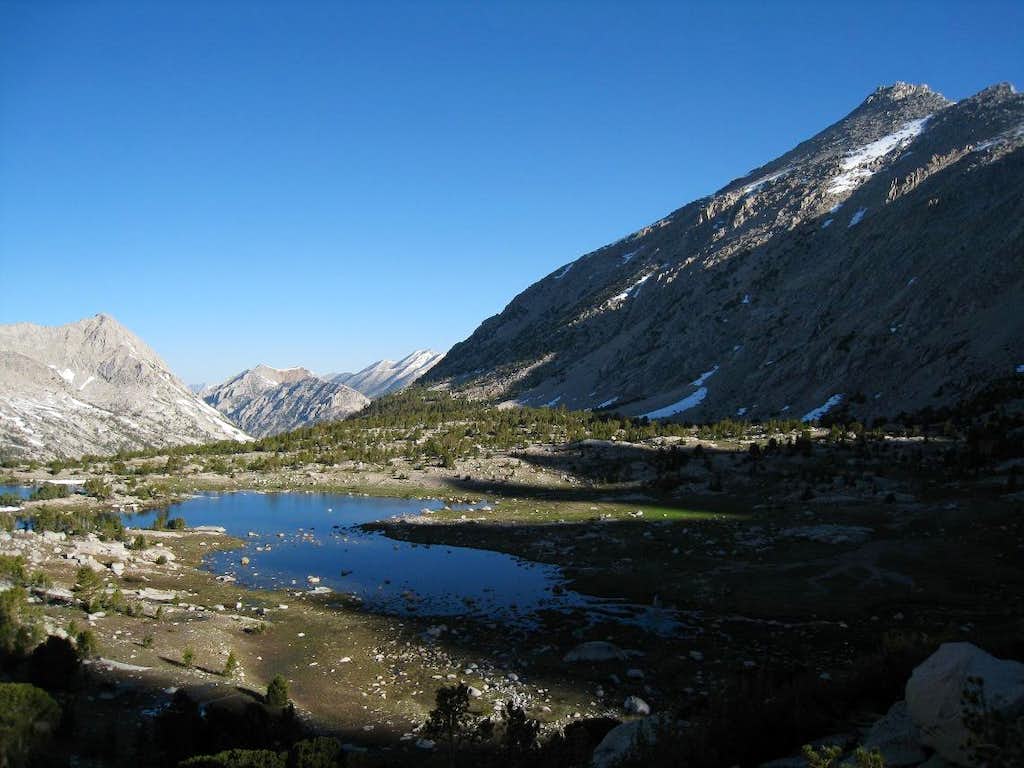 The lower lakes in Center Basin shortly after sunrise. East Vidette is the peak furthest left, Mount Bago is the grey and red peak in the background, and University Peak towers to the right. July 2010
« PREV NEXT »

Was just wondering how many mosquitoes you
encountered when traveling through the upper
end of Onion Valley, and up over the pass.

Very nice job on these pictures!

NONE!!! It was amazing- never put on DEET. I was shocked. Was at Onions Valley mid-day, none at the trailhead and admittedly I went pretty fast to the pass, but didn't notice any. None at the pass, camped above Carlotte Lake (not at it). Still none.

The next day mid-day at Vidette Meadow there were a few, annoying but not problematic, I didn't DEET up because they were only at the meadow, and I was passing through. They would have been rough at dusk. Then in Center Basin, none again. The hike out in the afternoon by Robinson Lake, if I hadn't been moving, I would have needed repellant for sure, but was going downhill so didn't need to stop and do so.

Been very lucky this year. So far have managed to avoid them though I don't know if I can pull it out another week.