Most of the southern border of Liechtenstein 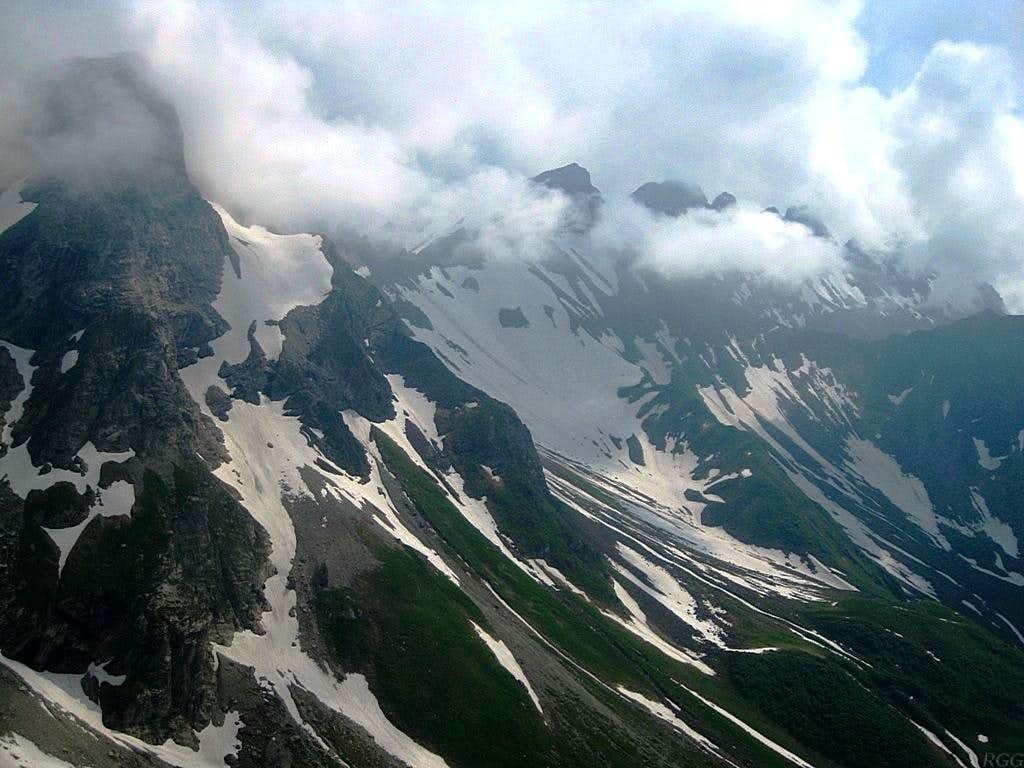 ... from the south ridge of the Augstenberg. My original plan for today had been to get up on this ridge via the big snow field, and then follow it to the right. The first two summits to cross are the Hinter Grauspitz (2574m) and Vorder Grauspitz (2599m). The ridge demarcates a substantial part of the southern border of Liechtenstein with Switzerland. However, earlier in the day, the clouds were much lower. I had spent the night at the Pfälzerhütte, located at 2108m, and it was completely fogged in. Without a chance to see anything, I stayed in the refuge at first. By late morning, the clouds lifted high enough to see something, at least when looking down. I went for an alternative hike, down to Malbun and, if visibility would improve, back to the refuge over the Augstenberg (2365m). The clouds did indeed rise, very slowly, but good enough to have a view, so I did indeed go over the Austenberg. And as I was approaching the hut again, the cloud level was still creeping higher, ever so slowly, and I could finally see what I had come for. Tomorrow I'll be up there! 23 June 2012.
« PREV NEXT »